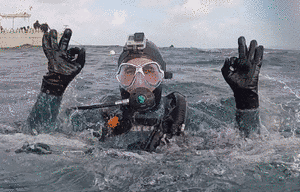 To achieve sustained long-term research programs in marine sciences and to promote excellent, consequential and multidisciplinary scientific research in all areas of the School of Marine Studies expertise which is novel, timely, ambitious, and transformative and at the forefront of science at regional and international level.

Three areas constitute the fundamental focus of Prof Rico research program. First, by combining ecological and evolutionary genetics data and theory, he studies the mechanisms responsible for generation and maintenance of biodiversity. Secondly, he studies the spatial and temporal genetic structure of populations of marine taxa with the aim to contribute to the decision making process concerning the delineation of the boundaries of evolutionary significant and management units and to determine connectivity and gene flow patterns in the ocean with the aim to assist the establishment of Marine Protected Areas. Finally, he is interested in understanding the relationship between functional genetic diversity and neutral genetic diversity. Understanding the extent to which functional genetic variation is affected by processes known to affect neutral diversity is central to this (i.e. it is important to examine the relative roles of genetic drift and selection in maintaining variation at functional loci). It is also important in conservation science and in evolutionary biology to assess the extent to which populations are locally adapted.

My Publication and Citations