On November 26, the Confucius Institute at The University of the South Pacific won three awards, including the “Excellent Participating Group” Award, “Viewer’s Choice” Award, and “Third Prize” Award during the 2021 Award Ceremony for Short Video Event “Zui•Confucius Institute” and Conferring Ceremony for “CI Talent”.

The short video collection event organized by the Chinese International Education Foundation (CIEF) lasted 120 days. There are 130 Confucius Institutes/classrooms worldwide, which participated and submitted nearly 500 videos. Statistically, 389,759 viewers from about 170 countries and regions participated the online voting. The award-winning short video from CI-USP is entitled “The Confucius Classroom at Emalus Campus USP”, which was produced by two CI-USP teachers, Mr. Ding Zeliang and Ms. Xue Fengyan. The video presents the scenery of Emalus Campus and the interaction and friendship between teachers and the student. The video has received 26, 690 votes, ranked the top one among all the videos submitted, and gained the great popularity for CI-USP. 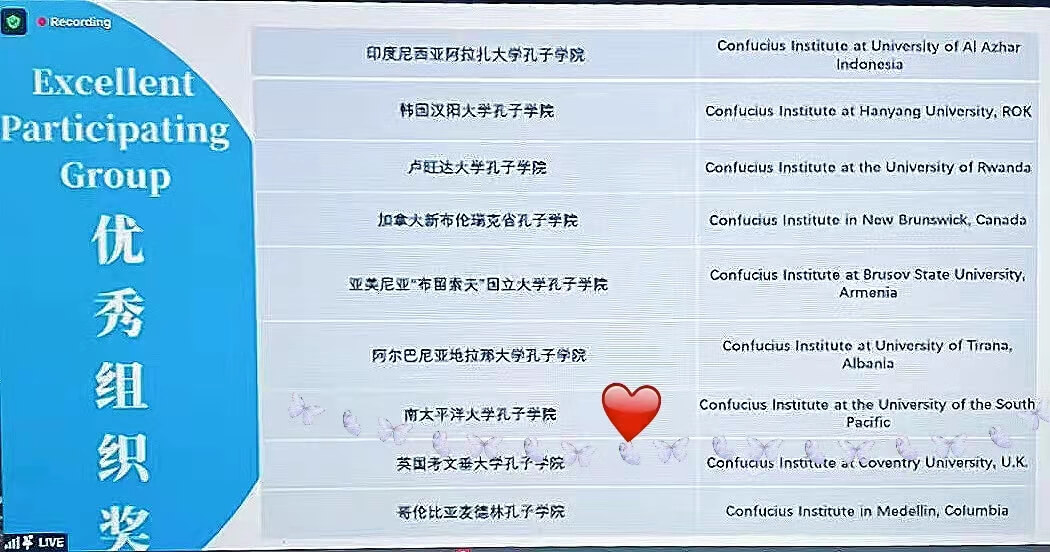 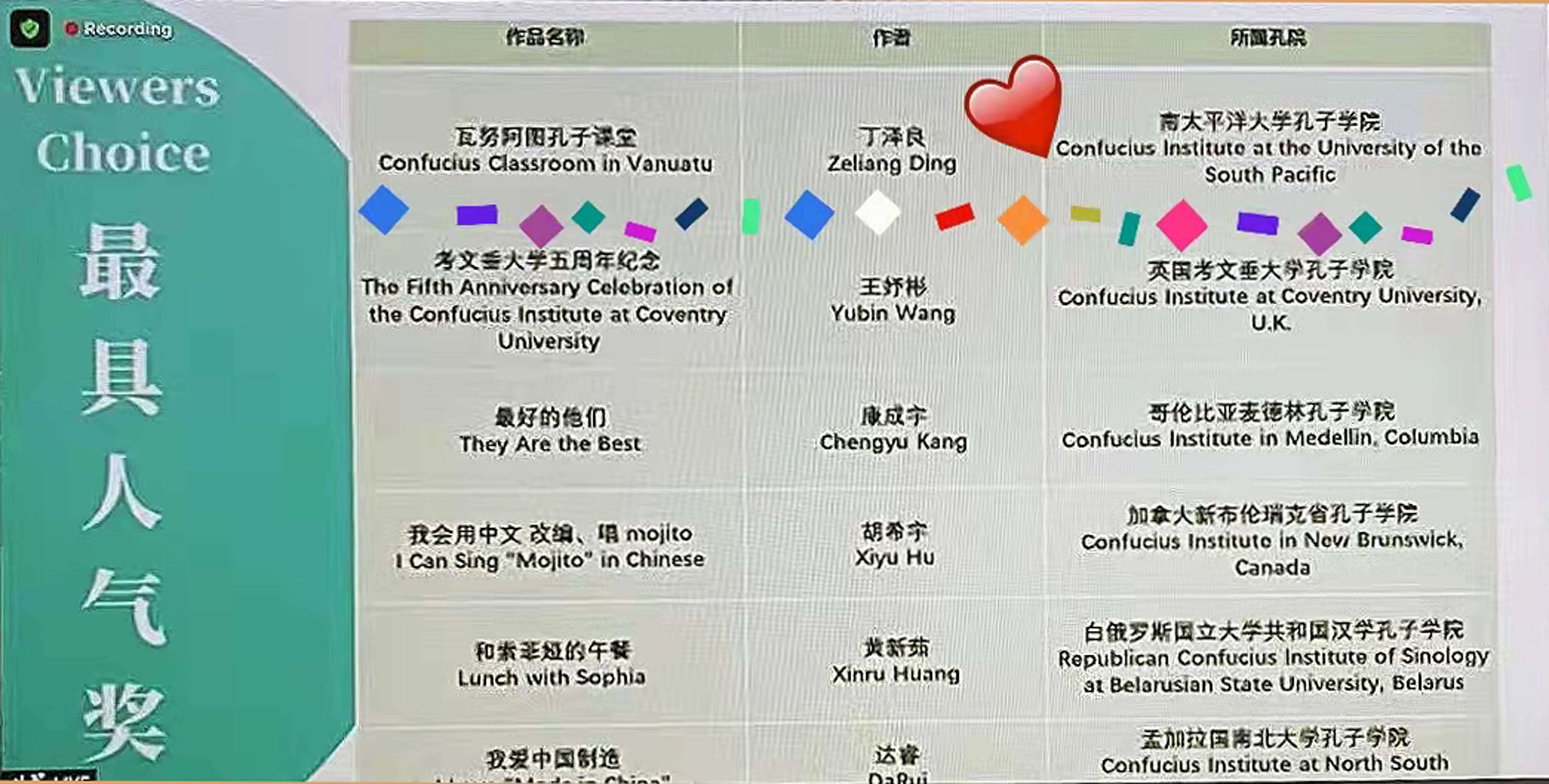 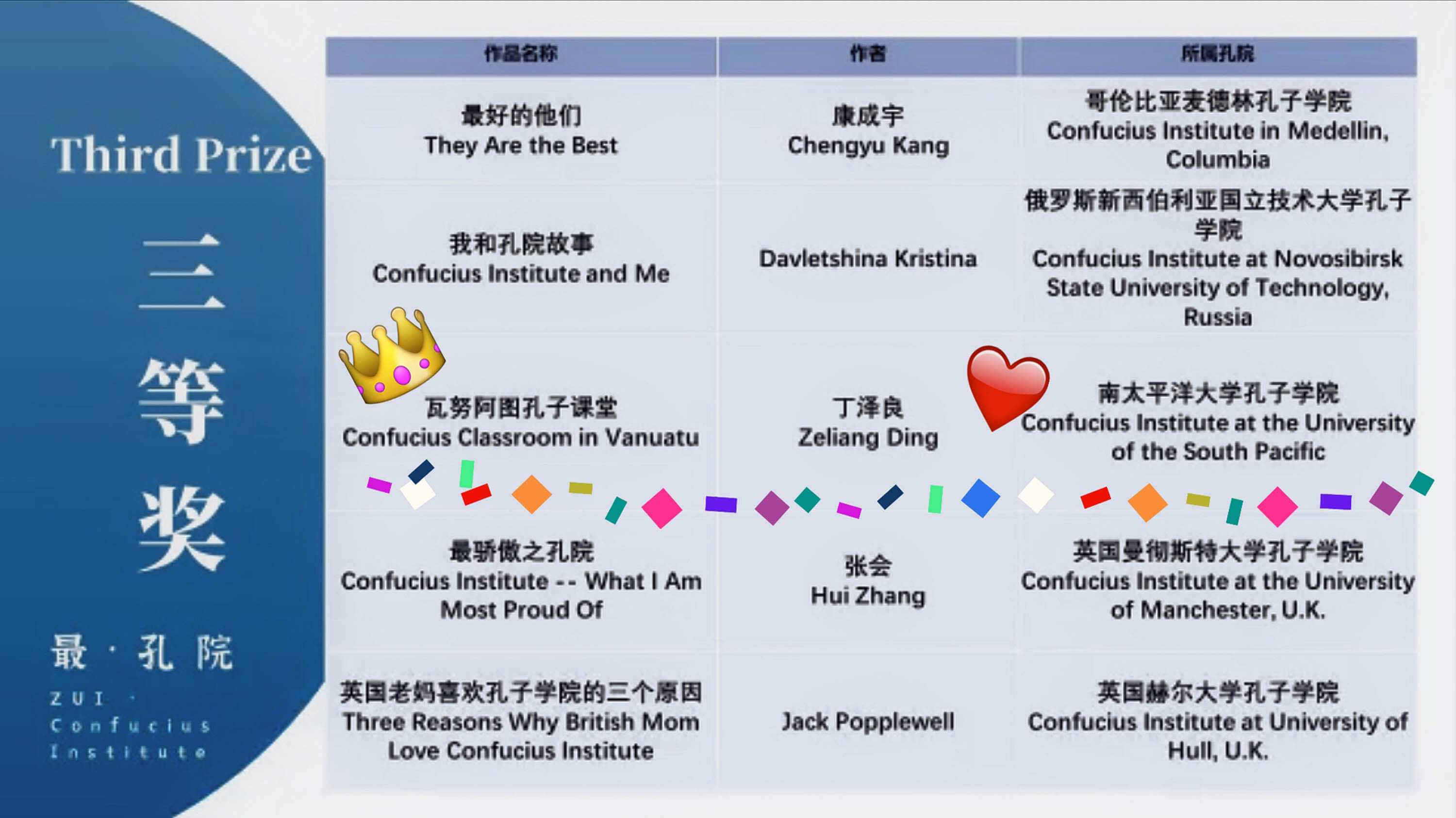 Spring Festival was officially launched at the Confucius Institute at The University of South Pacific, Laucala Campus, on 18th February. In her welcoming speech, Dr. Akanisi Kedrayate, the Local Director of CI-USP, thanked the invitees for being part of the festivity. To commemorate the event were the Acting Vice-Chancellor and the President Dr. Giulio Paunga, Director of Human Resources Mr. Maritino Nemani, Head of SPACE Prof. Sudesh Mishra, and  Acting Head of School of Law and Social Science Dr. Sandra Tarte.

In China, the Spring Festival is the most important holiday.  It is a time of change and new beginnings. Essentially, every activity throughout the Spring Festival has the purpose of doing away with the old and welcoming the new. It is also a time to forget about the misfortunes and be ready for good luck. 2021 heralds a good start of the year and is the year of the Ox. It symbolizes auspiciousness to all.

The Chinese Director Dr. Yang Hui thanked everyone for their constant support towards the Confucius Institute and its activities held at Laucala and wished everyone a good Year of the Ox. This year, the Confucius Institute has planned an exciting array of activities for all. The institute continues to develop an understanding of the Chinese language and culture as part of its vision.

To round off the festivity, invitees were treated to Chinese zodiac stories and stories that are associated with the Year of the Ox. They all got a chance to try their hand at Chinese calligraphy before taking a tour of the new Confucius Institute building. 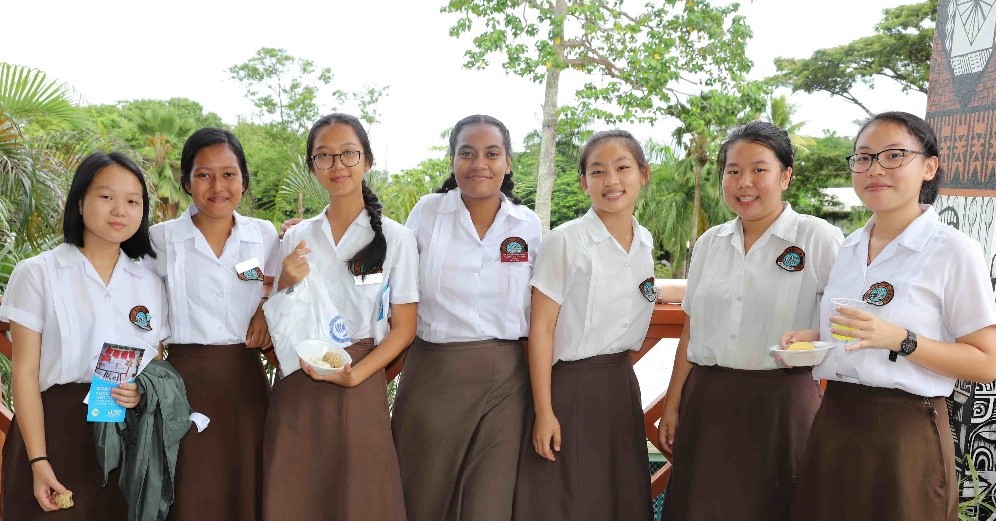 Chinese is one of the fastest-growing languages, and it is estimated that by 2030, it will be one of the 10 common spoken languages in the world. Just under 40 Year 12 students from Yat Sen and their teachers visited on 23rd March. Staff members, Local Director Dr. Akanisi Kedrayate, and Chinese Director Dr. Hui Yang were there to meet the students and take them on a tour of the building. The Confucius Institute boasts its own library and audio-visual space and can cater for the physically challenged students.

This visit was to strengthen the bond between the school and the Institute. The Confucius Institute acts as a bridge for those wishing to study in China by conducting Chinese language courses.  To study in China, you must pass the HSK, otherwise known as the Chinese Proficiency Test.  There are six levels to the HSK and to be able to study in China, level four is required.  The Institute organises two HSK tests every year. 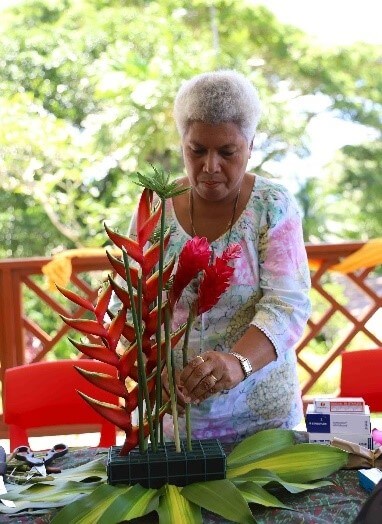 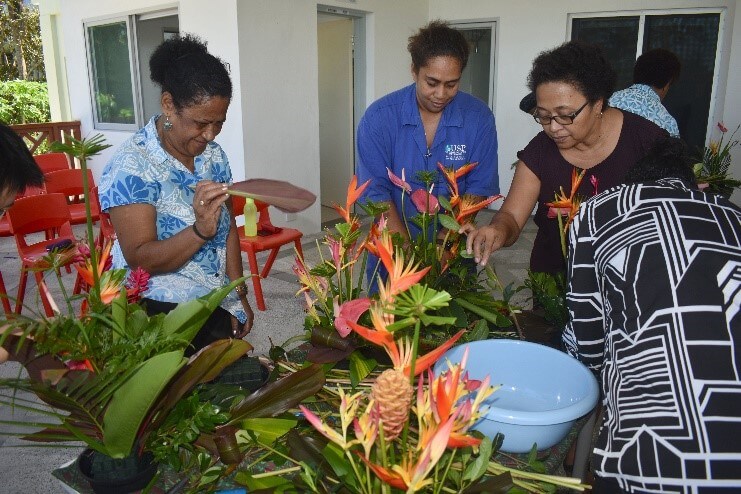 Chinese and Local Directors of the Institute Dr Hui Yang and Dr Akanisi Kedrayate, respectively,  warmly welcomed invited participants and explained the importance of the Spring Festival and International Women’s Day. To commemorate the double celebration, the Confucius Institute organised a floral arrangement workshop. Floral arrangement is the art of using plants of different textures, colours and flowers to create an original eye-catching and well-balanced display. Taking advantage of the large open deck, participants walked around the space with floral foams and cut flowers in readiness for the floral workshop to begin.

Running the workshop was Akosita Raicebe, a florist who has won numerous awards and is well known in the floral arena. Under her guidance, she taught the basic steps in floral arrangement and offered tips on the care of plants, such as that greeneries and steams could be used as part of your creation, among others.  At the end of the session, a pair of judges had the difficult task of picking a winner, who was Rahkel Mercy from the Chancellor’s office. 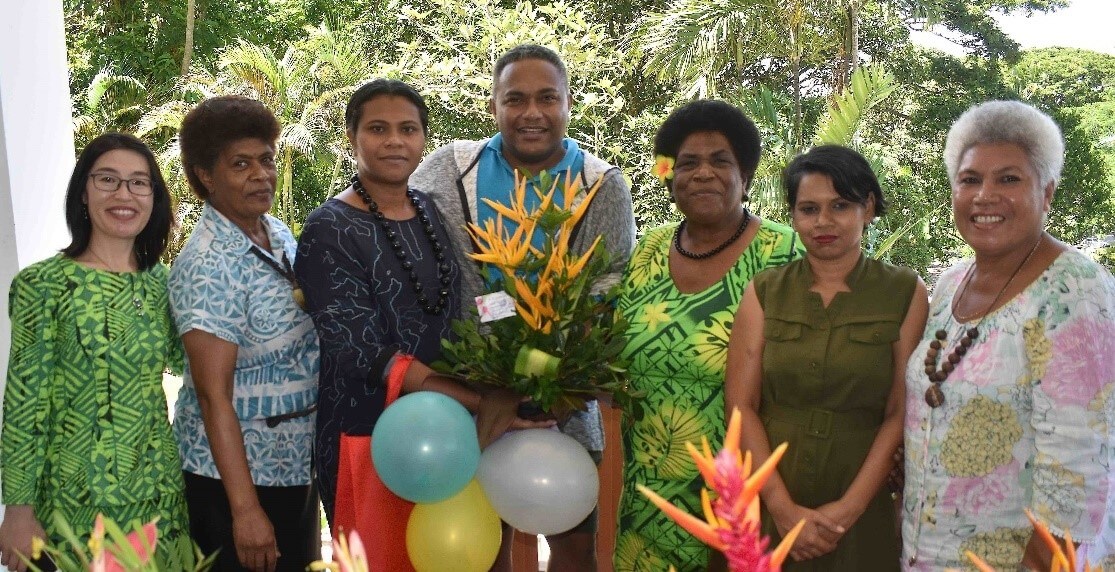 It was a day where participants from various sectors within USP got to know each other in a different setting and together celebrated the Chinese Spring Festival and International Women’s Day with billions of others around the world.  The invitees were to give their floral pieces to a significant other. However, these arrangements can be seen in offices, bringing in colours from the outside and serving as the gift of sharing the celebration.