Home / Research Lines / Aquaculture at the School of Marine Studies

Aquaculture at the School of Marine Studies

Aquaculture is one the key areas of teaching and research at SMS. Upgraded facilities and equipment are available to undertake a wide variety of research projects. Further development of facilities is progressively being done to make provision for temperature or ‘climate’ controlled experiments, indoor aquarium experiments and outdoor tank based experiments.

The global growth in aquaculture in the past couple of decades has been manifold. Production of seafood products from aquaculture overtook capture fisheries production by about eighty million tonnes in 2014.

One of the most important advantages of sustainable aquaculture is that it can ensure food security. It can also potentially reduce the pressure on the natural or wild fisheries and also be utilised for stock enhancement of depleted or threatened species.

In the Pacific Islands, fisheries products and seafood are major components of traditional diet largely due to the surrounding seas and accessibility to the resources. In the modern era, seafood is considered healthy food, globally, because it contains healthy proteins and other benefit providing constituents such as omega fatty acids, iodine, etc. Therefore, due to the increased demand, many species of fishes, crustaceans, molluscs, echinoderms and other aquatic animals from the wild have been heavily exploited. It is now harder and more costly, than in the past, to capture and supply seafood from wild or natural sources.

Sea Cucumbers are widely sought after in the Asian countries. Unregulated capture of naturally produced Sea Cucumbers in many Pacific Islands have brought some species of Sea Cucumber populations to the brink of total demise. Recently, the Fiji Government has placed a total ban on the capture or harvest of natural Sea Cucumbers.

It is therefore imperative that aquaculture is developed in the Pacific region. Breeding and farming of species such as Tilapia, Milkfish, Freshwater and Marine Prawns, Giant Clams, Pearl Oysters, ‘Mabe’ Pearl Oysters, Trochus and Seaweed have shown much success but requires further Research and Development.

There is potential for aquaculture of many other species. Future development should focus on native species rather than introduced species. Also to be considered is how best to include rural and isolated communities in the Pacific Islands in the aquaculture activities. Their involvement will ensure food production at local scale and income generation. In turn, the country benefits by diversifying the economic base, improvement in GDP and rural development. The long–term target should be exportable products, especially consumable products. Currently the exported products from aquaculture in the Pacific are pearls, Mabe pears and dried seaweed

The areas of research interest and current studies in Aquaculture include: 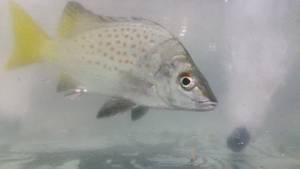 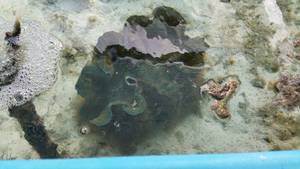 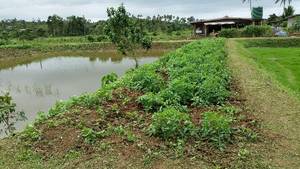 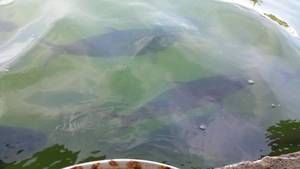