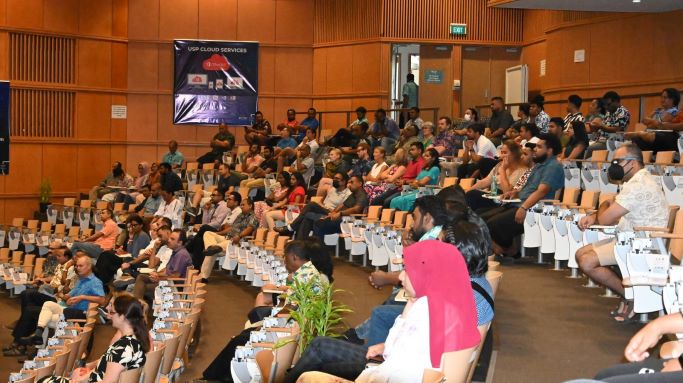 The University of the South Pacific acknowledged and rewarded the hard work, commitment, and dedication of 118 staff and 15 students who released A-Star and A-ranked research publications in 2020 and 2021.

While speaking to the award recipients, USP Vice-Chancellor and President Professor Pal Ahluwalia congratulated the staff and students adding that these awards were a tribute to honour their hard work, dedication, and accomplishments.

“Research is something I am also very passionate about, and I believe research is what makes a university entirely different and what makes it great,” Professor Ahluwalia said.

He said, “Despite our financial difficulties, the University’s senior management team has taken a very strong stand that it’s important to recognise research and recognise that we are now in the global rankings, and we continue to excel, none of which would be possible without your hard work”.

Director Research, Professor Sushil Kumar, said recognising researchers was an imperative part of USP’s journey as it also highlighted the evolution of all Pacific Island countries over the decades.

USP Deputy Vice-Chancellor (Education), Professor Jito Vanualailai was emotional and expressed how this leap into research had slowly moved USP from being a teaching university to one that could also excel in research.

Professor Vanualailai was one of the research award recipients where he was recognised for the two A-star journal articles in 2020 and 2021, with 9 A-ranked journals for 2020 and 2021.

He added that as academics and scholars, it was critical to contribute to the development of the University to capture the interests of upcoming students.

“Part of an academic’s life is to produce new knowledge, and this can be contributed through research. This is of utmost importance as through research, our regional institute is now recognised globally for its research works in various fields,” Professor Vanualailai said.

“I have the opportunity now to create an institution that is recognised worldwide. We’re now among some of the best institutions in the world that are recognised for their research, and our unique research has also placed us in the global ranking of the Times Higher Education,” he added.

Professor Vanualailai said such an achievement by USP captured the interest of regional students making them want to be part of our regional institute with global recognition.

“I wished this was the case during my time and I now have the opportunity to look after the university and I want our sons and daughters to take interest in our regional institution because their parents and grandparents also attended USP,” he said.

The Deputy Vice-Chancellor Education also believes that USP continues to shift from being a predominantly teaching university to a premier research institution that is built on the dreams of previous Vice Chancellors and is now the legacy that will be left behind by researchers today, for generations to come.