33 USP law graduates admitted to the bar as legal practitioners 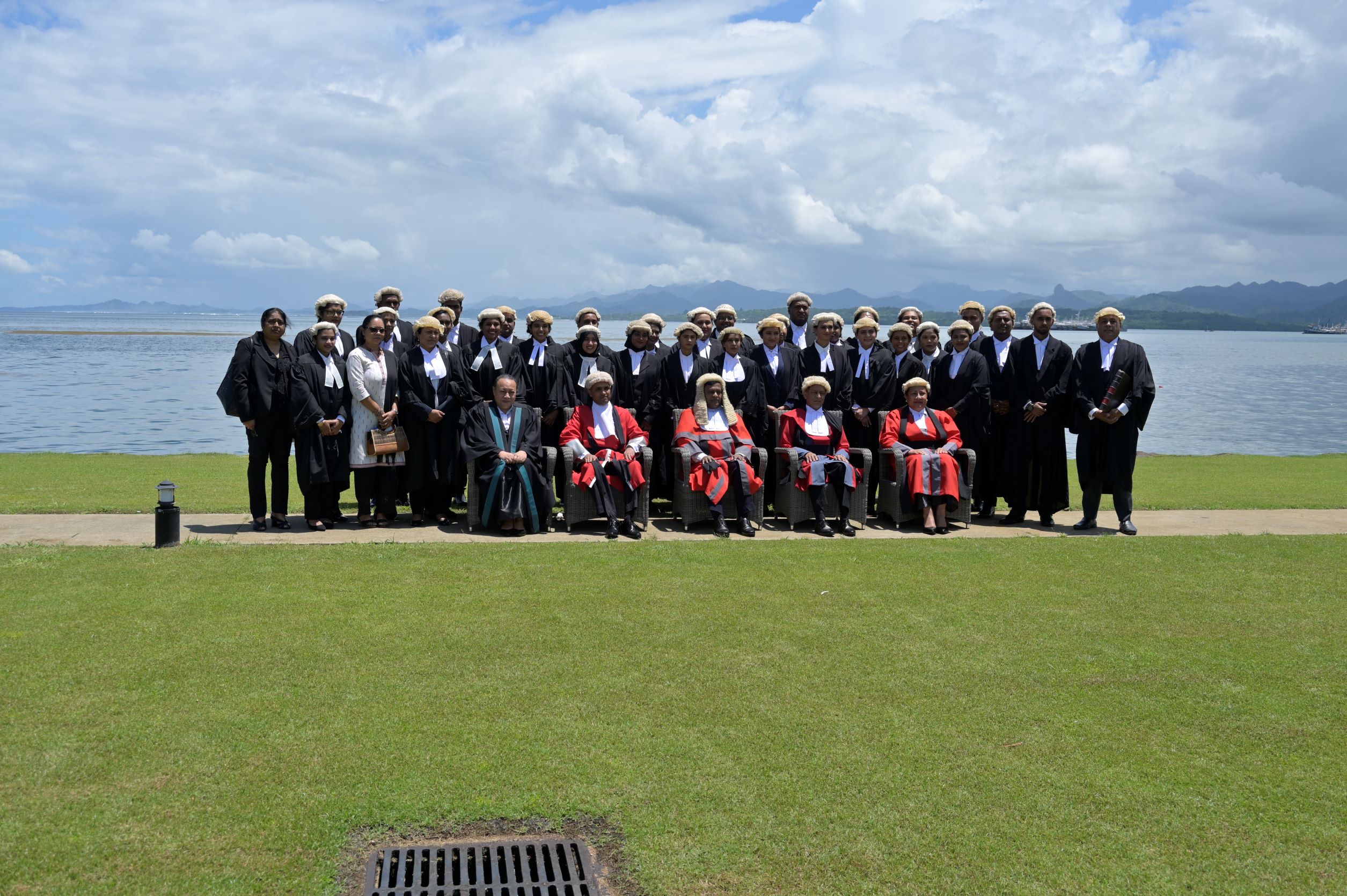 Thirty-three students from The University of the South Pacific were admitted to the bar during an admission ceremony at the Grand Pacific Hotel last week.

Families and friends of the new lawyers attended the ceremony in numbers to witness their loved ones take two solemn oaths, one of allegiance to the profession and the other to uphold the Republic of Fiji Islands Constitution.

The newly admitted lawyers obtained their LLB (Bachelor of Laws) and PDLP (Professional Diploma in Legal Practice) from USP’s School of Law and Social Sciences (SoLass).

When describing her journey as a student, newly admitted legal practitioner Quinney Marie Rodgers-Bird said studying to pass PDLP was not easy but she was pleased to have successfully overcome the challenges.

She encourages Pacific women to, “Don’t hold yourself back and don’t hold other women back.”

She thanked her family, especially her mum, for always encouraging her to excel in life.

For new lawyer Joan Ataru Terubea, the day was an emotional one as it brought back memories of her late father, the late Reverend Rongorongo Terubea.

“He was the first lawyer in our family and he always told me to work hard and become a positive influence in my community,” she said.

“As a Banaban, it can be challenging for us to come out of our situation and make something of ourselves and we must keep reminding ourselves to continue to strive to excel in whatever we do. I was lucky to have a father who instilled in us the value of hard work.”

Mohammed Tanweez Hussein thanked his parents for supporting him during his journey to becoming a lawyer.

He is originally from Labasa and currently interns at Nambiar Lawyers in Suva.

“My parents sacrificed a lot for me to come to Suva to study and I dedicate my achievements to them.”

While granting their petitions to be admitted to the bar, Fiji’s Honourable Chief Justice, Justice Kamal Kumar emphasised that lawyers are required to always act with integrity and dignity.

He added the responsibilities bestowed upon lawyers should not be taken lightly.

“You will be entrusted to solve problems faced by members of your communities in terms of their properties, homes, finances, business dealings, and family matters. You will be called upon to defend and protect the rights guaranteed to individuals under the constitution and international law.”

SoLass is currently accepting applications from students wishing to study the LLB programme in the 2022 academic year.