AUSPS and USPSU conclude Pinktober event on a high note 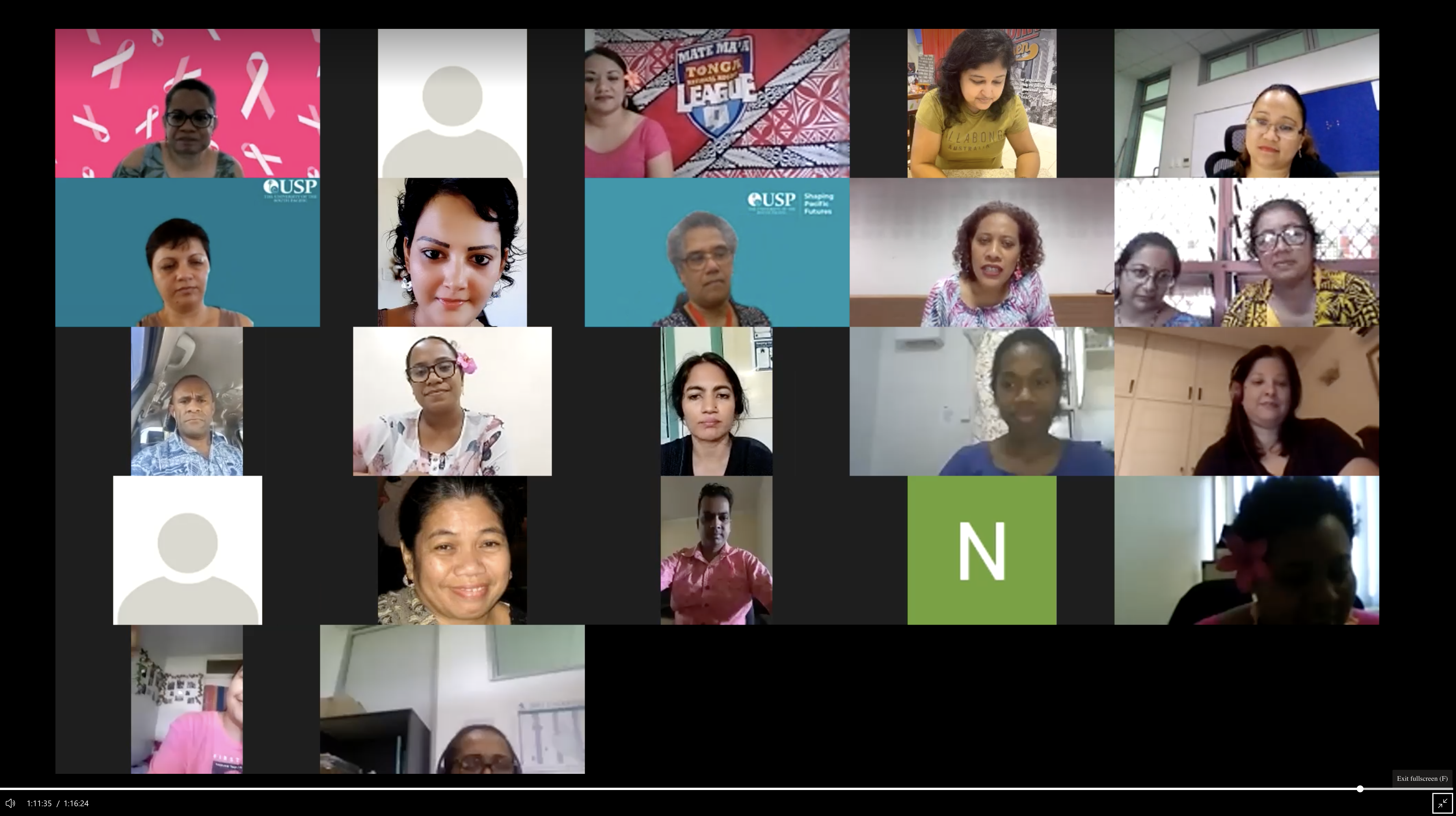 The Pinktober virtual event organised by The Women’s Wing of the Association of the University of the South Pacific (AUSPS) and the USP Staff Union (USPSU) this year has brought attention to breast cancer and the significance of early detection.

The presenters continually reiterated that lives could be spared if women knew the signs and sought medical attention early.

President of the AUSPS Women’s Wing, Rosalia Fatiaki, said the event was not only aimed at generating donations for the Fiji Cancer Society, but also to increase awareness of breast cancer among the USP community through cancer survivor stories.

She also took the opportunity to express her support and encouragement for the employees who are now undergoing treatment.

Ms Fatiaki said the proceeds would go to the Fiji Cancer Society, thanks to donations from various university areas.

General surgeon at the CWM Hospital, Dr Ilaitia Delasau stressed the importance of early detection and advised women and men to be conscious of their bodies, inspect themselves regularly, and ask questions.

He emphasised that early screening can aid in cancer treatment because it involves a triple assessment encompassing clinical, radiological, and pathological evaluations.

He stated that Fiji has a screening programme to aid in the detection of breast cancer.

“Cancer isn’t just a person’s suffering; it affects the entire family, as well as the patient, and it’s not a sprint. As doctors and nurses, we have a minimal role in this journey but the family are there to support in the long run,” he said.

He went on to say that breast cancer is curable, and that if caught early enough, it has a better chance of being cured, and that it has no impact on life expectancy.

USP staff members who are breast cancer survivors also shared their experiences of living with and undergoing treatment for cancer.

USP Marketing Manager, Ronita Prakash shared her experience of being recently diagnosed with breast cancer and her treatment path.

She underlined the significance of performing daily self-examinations and seeking medical help if necessary.

USP alumna, Kalesi Baleira, also described her experience as a caregiver and primary support for her late sister.

October is National Breast Cancer Awareness Month – Pinktober – and its goals is to create awareness, educate women about the disease, and raise money to help treat those that are affected by it.