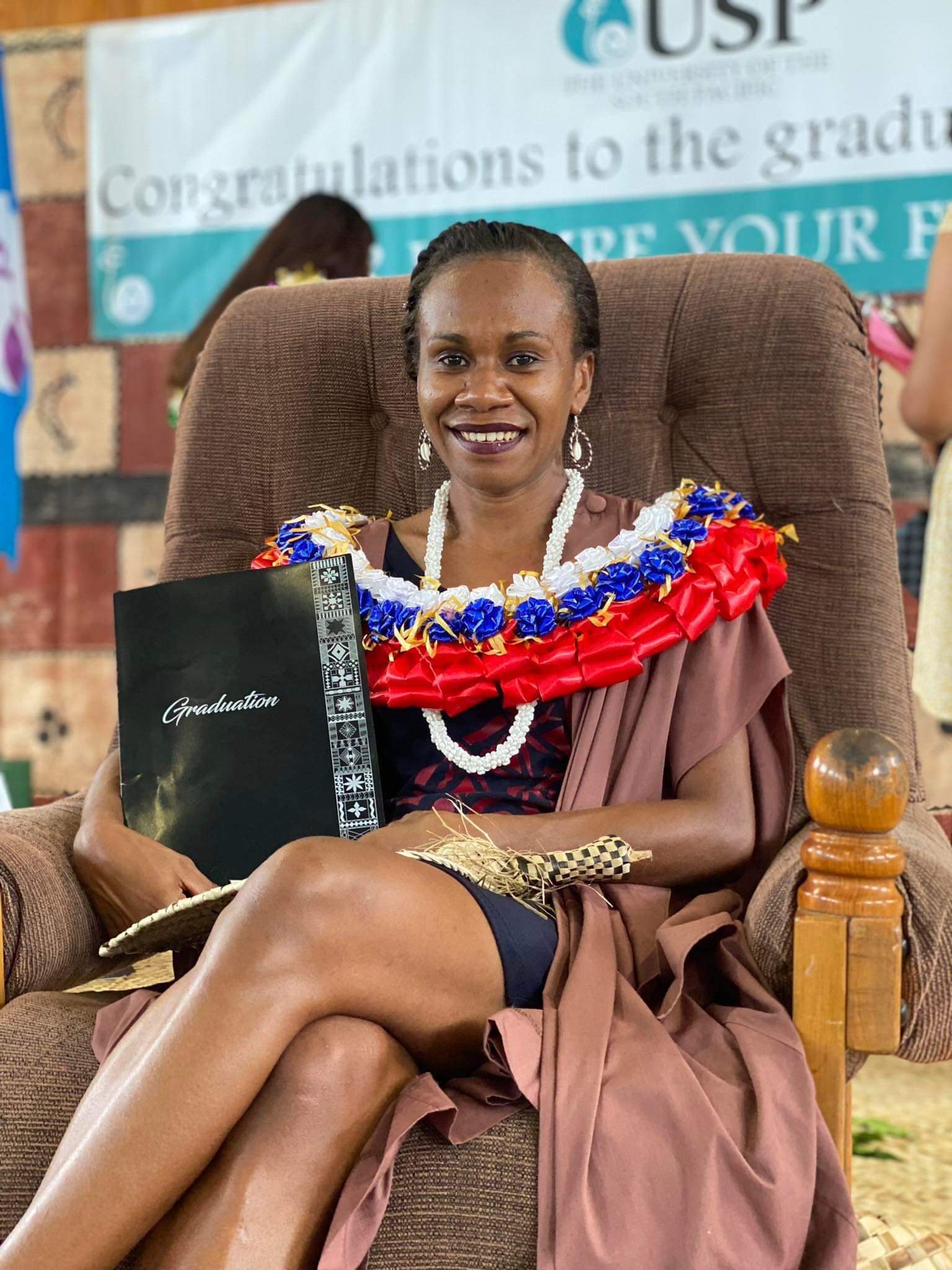 Leaving her family behind in Vanuatu to pursue her Postgraduate studies in Agriculture at The University of the South Pacific (USP) Samoa Campus was a daunting task for AnnJulie Annzorin Johnson.

Ms Johnson said like many students studying away from home, her family had always been a soft spot for her, and this has always been a prime distraction.

“Leaving them to come to Samoa for study has become a great motivation to do my best with extra effort because I know my achievement will profit my family when I return home,” she added.

Johnson thoroughly enjoyed student life and was in her element when she took advantage of the opportunity to make friends with other students from other Pacific Island countries and learn about their cultures while at the same time creating networks that would benefit her in the future.

Missing home can be quite a distraction for most, however, Ms Johnson had a few pointers that helped her during her journey at USP. She would have a study session called ‘Strictly One Hour’ where together with her friends, they would exchange study notes and ask questions with all phones turned off. It became an effective method of studying that got them the results in the end.

Ms Johnson is also passionate about climate change. She said she has witnessed how climate change was an existential threat in the Pacific and chose climate change as an alternative field to be able to assist her people with strategies and approaches for adaptation.

It takes sacrifice to achieve one’s goals and Ms Johnson encourages young people in Vanuatu and the Pacific to never compare their academic journey with their friends as their timelines were not the same.

“Your time will come. Do not force it, trust the process, and have patience. You will get to where you always dreamt of reaching when God allows it,” she added.

Ms Johnson also acknowledged her close friends and especially her father for their support throughout her studies at USP.

A total of 270 students graduated last Friday in Samoa.