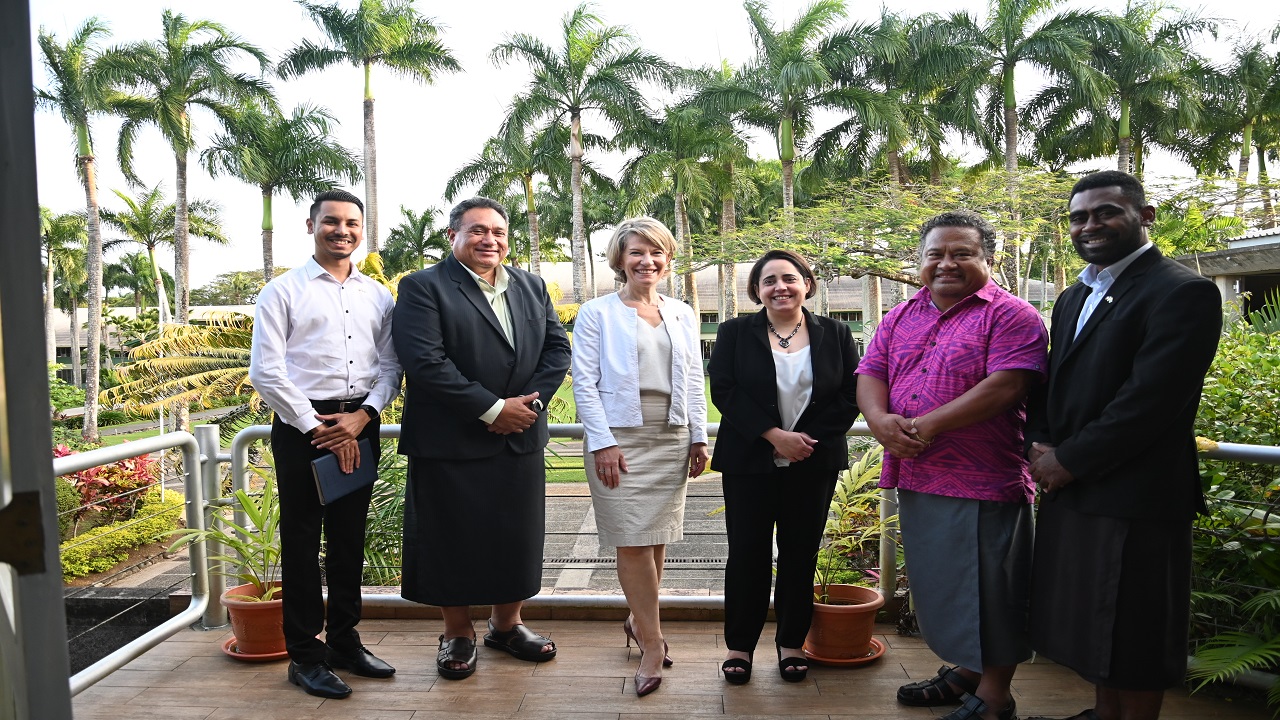 Member of Parliament of France, the Honourable Anne Gentet, recently paid an official visit to The University of the South Pacific (USP) Laucala Campus on Thursday 1 September 2022.

Hon. Gentet is a member of The North Atlantic Treaty Organization (NATO) Parliamentary Assembly and is also a member of the National Defense and Military Forces Committee of France and this visit to USP was her first official engagement since her arrival in Fiji.

During their formal discussions, Hon. Genetet was briefed about the University’s structure and its importance in the region.

Hon. Genetet said, “This is something I have never heard of or seen, USP, with 12 countries co-owning it and working together is a perfect example of unity and of regionalism.”

Dr Paunga and Professor Vanualailai also briefed the Honourable Member of Parliament of the existing collaborations with the University of New Caledonia and other French Institutions and discussed the priority areas of USP.

Honourable Genetet stated that, “USP would be a great and unique choice for student mobility programmes with French Universities and there are several cross-cutting themes in which France and USP could collaborate on.”

She was hosted at the USPSA Headquarters, the Federal Office for an afternoon tea during which Hon. Genetet engaged directly with students for over an hour, exchanging experiences and issues in the Pacific related to gender, climate change, good governance, geo-politics, and education.