Graduating is a dream come true for Baraka Tabuae 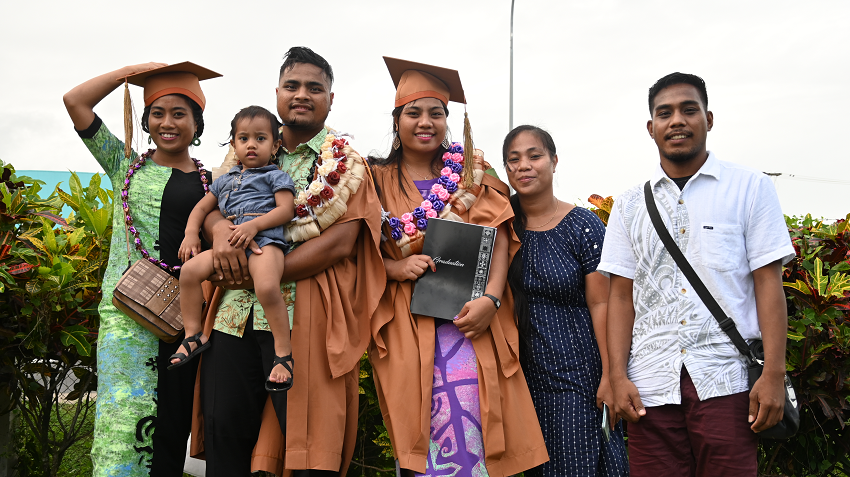 Baraka Tabuae believes getting a Bachelor of Arts degree from The University of the South Pacific (USP) with a major in Literature & Language and Mathematics to be a dream come true.

The graduation ceremony for the School of Pacific Arts, Communication, and Education (SPACE) took place on May 12, 2022, at the FMF Gymnasium.

Baraka began his studies at the USP Kiribati Campus, where he appreciated the computer labs particularly. He continued to prefer the computer laboratories when he transferred to Laucala Campus because these were the only areas where he could work in silence and peace. Baraka enjoys reading and watching documentaries to improve his writing skills.

He expressed relief that he had finally accomplished his goal to graduate and now looks forward to spending time with his family in Kiribati, especially his mother and daughter.

Some of Baraka’s favourite aspects of USP life included meeting new people from different countries and learning new knowledge and skills from his studies.

“I know it’s difficult to study Literature & Language and Mathematics simultaneously, but my faith and hope in God kept me going. I would also say that my love for my family and country are the primary motivators for my success.”

He added that being a full-time student and a father can be extremely difficult.

“My wife and I are full-time students, so having a daughter with us is difficult. We have to babysit all day while also attending classes. We have to wait until she falls asleep at night before we can begin working on our assignments and tutorials,” added Baraka.

“However, with the assistance of my family and friends, I was able to pass my units and complete my degree.”

He told prospective students who wanted to study in the same field as him that anything is possible.

He attributed his success to God, his colleagues, lecturers, tutors, and his mother, wife, and daughter, who encouraged and supported him during difficult times.

Baraka cited commitment and hard work as the guiding principles of his success.