Josefa contributes to evolution of children’s literature in the Pacific 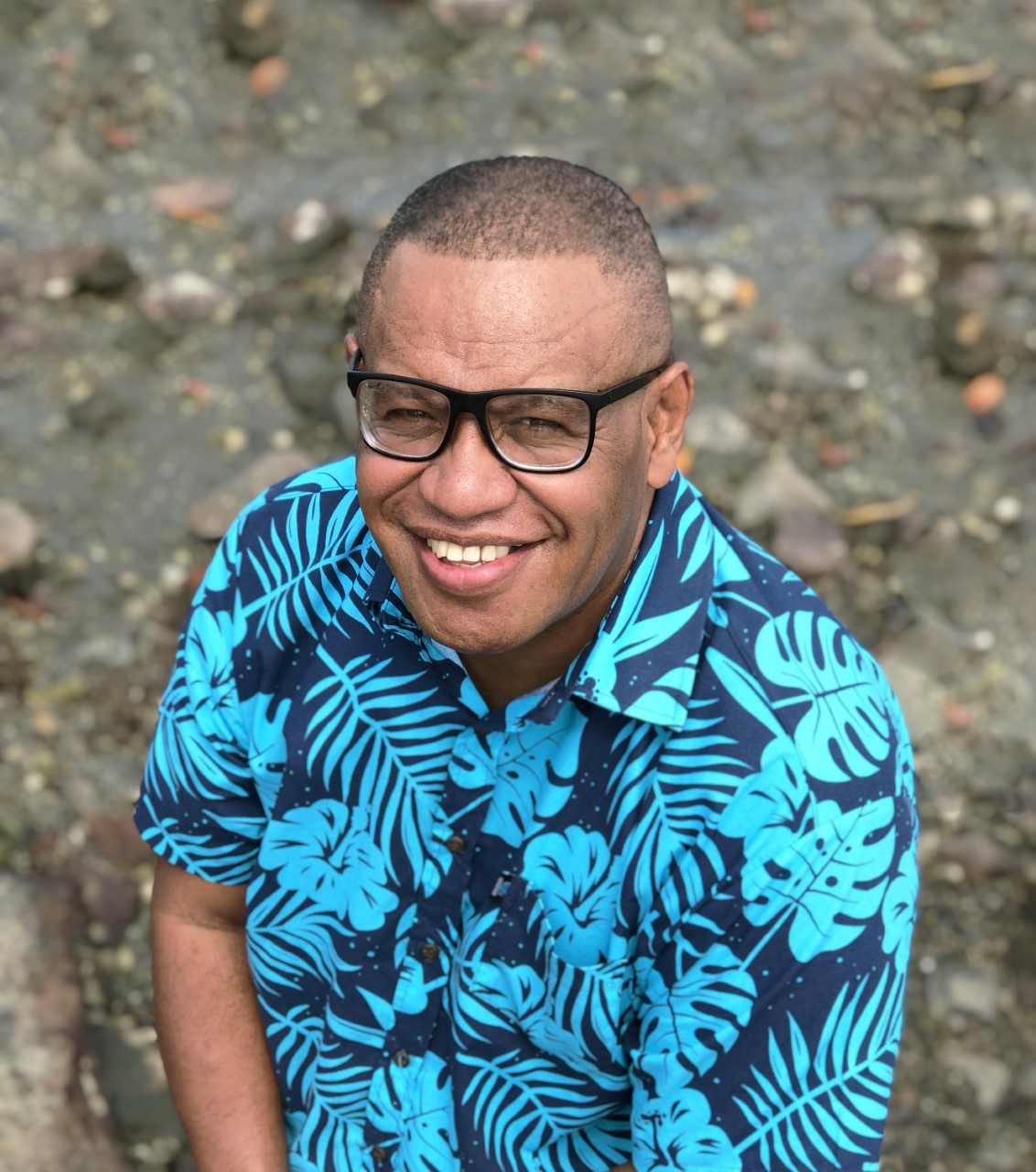 Josefa Uluinaceva, or Jo, as he is fondly known, has contributed to the evolution of children’s literature in the Pacific for many years, in addition to his day job as a Graphic Artist at The University of the South Pacific’s Division of Marketing and Communications.

Many of us who attended primary school in the Pacific in the 1990s recall reading books with Jo’s illustrations.

Some of the books he illustrated include “Priya and Kaman’s Holiday” by Sendar Pillay; “Our New Car” by Taniela Qoroya; “Qalo” by Bessie Kingdon; “Going to the Beach” by Bessie Kingdon; “Two stories from Tuvalu” by Maseiga Ionatana; “Fish again! by Meere Tion Tebeia; “A new broom for Tima” by Keleni Bola; “Weaving” by Rejieli Racule; “Mere and the caterpillar” by Sereima Lumelume and Neil Taylor and “An Island” by Eadinur Deiye.

Ms Barbara Moore sparked Jo’s interest in illustration. When Jo was just starting out as a graphic illustrator, she worked at the USP’s Institute of Education Office on Clark Street, Domain in Suva. Ms Moore was dedicated to children’s education and received the New Zealand Literacy Association (NZRA) Citation of Merit in 1996 for her contributions to reading and to New Zealand.

“That time, I had just left school and started my first job and Ms Moore asked me if I was interested in illustrating children’s books part-time. I took up this opportunity and since then, I have gone on to meet many Pacific authors whom we have collaborated with for their publication,” he said.

Jo’s popularity as an illustrator rose during the period when primary and secondary school teachers were involved in the creation of children’s books as part of a USP Institute of Education initiative.

He continuously developed his art for illustrations through workshops to develop in the area of children’s book illustrations.

“I was excited to embark on this new journey whereby I could utilise my limited drawing skills for a good cause,” he added.

“Every work I did was a natural progression of my black pen ink illustrations technique and trying different styles including pencil drawing. I was only limited to black and white drawings due to book production cost.”

The feeling of seeing his illustrations published and knowing that he was contributing to educating the young minds of the Pacific inspired Jo to continue his journey as an illustrator.

“There’s a feeling of joy when seeing my work published and knowing that children in the Pacific countries have read the books.

“If it has helped them in their reading and advanced them further, whether in their vernacular or knowledge of the English language, then I can say it is worthwhile.

“Some of these children have grown up and are now working. I am happy to have been part of their development.”

His advice to aspiring illustrators is to always seek new opportunities and to be versatile in their work.

“It is hard to earn a living from doing illustrations alone in the Pacific but try and do other creative work like graphic designing, video production, animation and other similar fields where you can still utilise your creative skills,” Jo said.

The various books Jo illustrated can be found in the Pacific collection section of The University of the South Pacific Library.