Niue Premier Hon. Dalton Tagelagi installed as the 28th Chancellor of the University 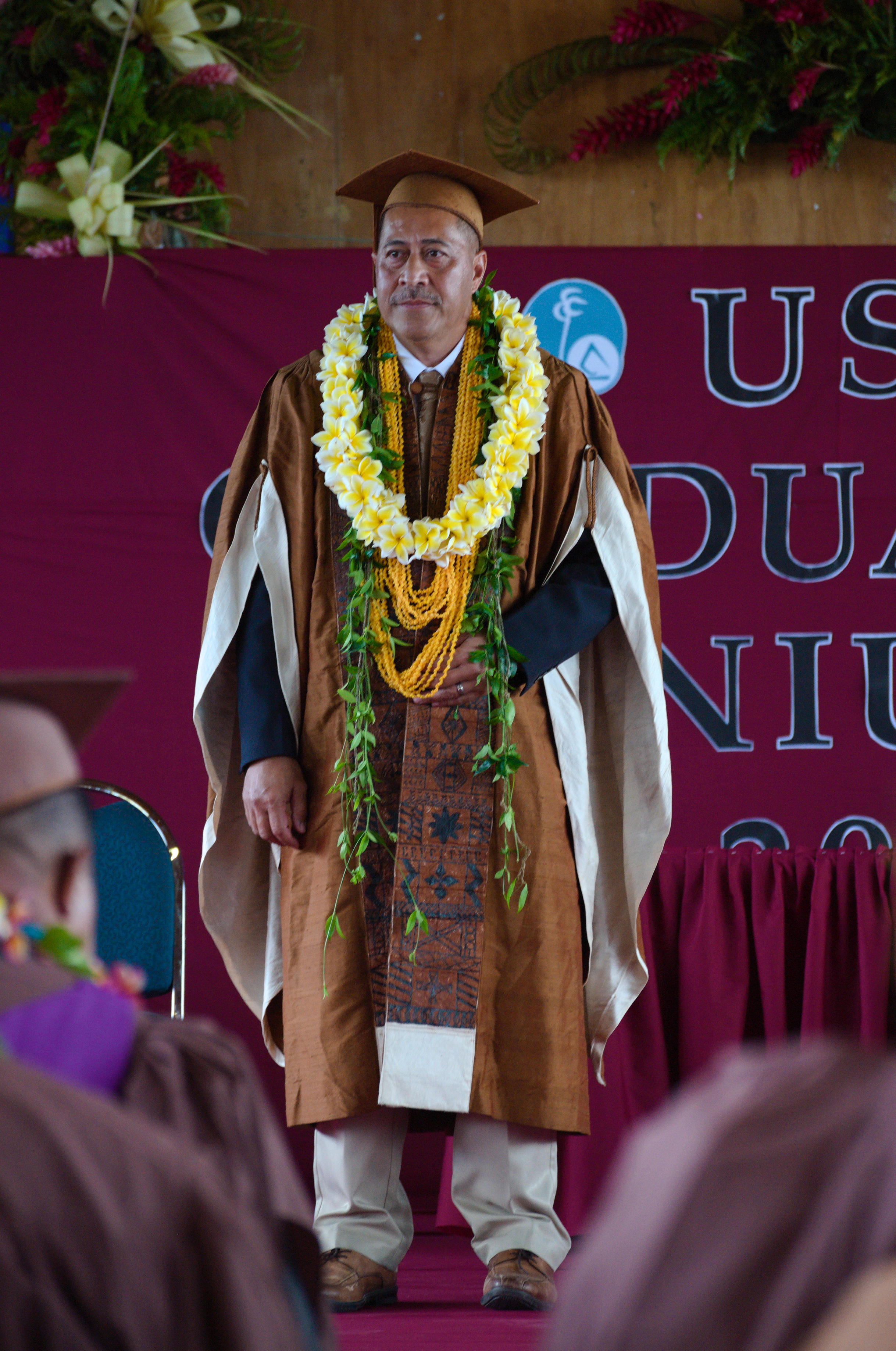 Niue Premier Honourable Dalton Emani Makamau Tagelagi was installed as the 28th Chancellor of The University of the South Pacific (USP) during the Niue Campus graduation ceremony held at the Niue High School multi-purpose hall at Paliati earlier this week. Hon. Tagelagi’s term as Chancellor is for one (1) year from 1 July 2021 to 30 June 2022.

The USP Chancellorship is rotated amongst USP’s 12-member countries’ Heads of State or Government. The Chancellor confers Degrees and awards Diplomas and Certificates of the University.

In congratulating Hon. Tagelagi, USP’s Vice-Chancellor and President, Professor Pal Ahluwalia, said the newly appointed Chancellor would play an integral role in promoting the University to the broader community. He further added that he was confident that Hon. Tagelagi would make a great ambassador for the University in the region and internationally.

Following his installation, Hon. Tagelagi said it was an honour to be appointed Chancellor and looks forward to visiting USP’s regional campuses in his role as Chancellor.

“I pledge to continue upholding and maintaining the integrity of the role as were done by the previous 27 Chancellors before me. As the titular head of the University, I am duty-bound to uphold the University Statutes and Charter during my tenure,” he added.

Hon. Tagelagi is one of Niue’s leading politicians who served his country for many years. He was elected into the Niue Legislative Assembly from Alofi South Village Constituency in 2008 and later re-elected in 2011 and served as a Member Assisting Minister (MAM).
He was re-elected in 2014 and became Cabinet Minister for Infrastructure and following re-election in 2017, became Cabinet Minister for Natural Resources.

Hon. Tagelagi was again re-elected for his fifth term in 2020 by his constituent and elected by the Niue Assembly as the 6th Premier of Niue.
He is the Chairman of Cabinet and Minister for Central Agencies and Commercial Agencies.

He is the son of the late Hon. Sam Pata Emani Tagelagi who served as Speaker of the Niue Legislative Assembly from 1972 to 1996. He was also raised at a younger age by Niue’s first-ever Premier, the late Sir Robert Rex KBE CMG and his family.

He is a sports enthusiast and an active participant in all sporting activities. He represented Niue at the Commonwealth Games, Arafura Games, Mini Games, Pacific Games, managed representative sports teams and became a medalist in the Lawn Bowls Triple at the Samoa Pacific Games 2019.

Hon. Tagelagi is married to Tanya and has three daughters, one son, two grandsons and two granddaughters.