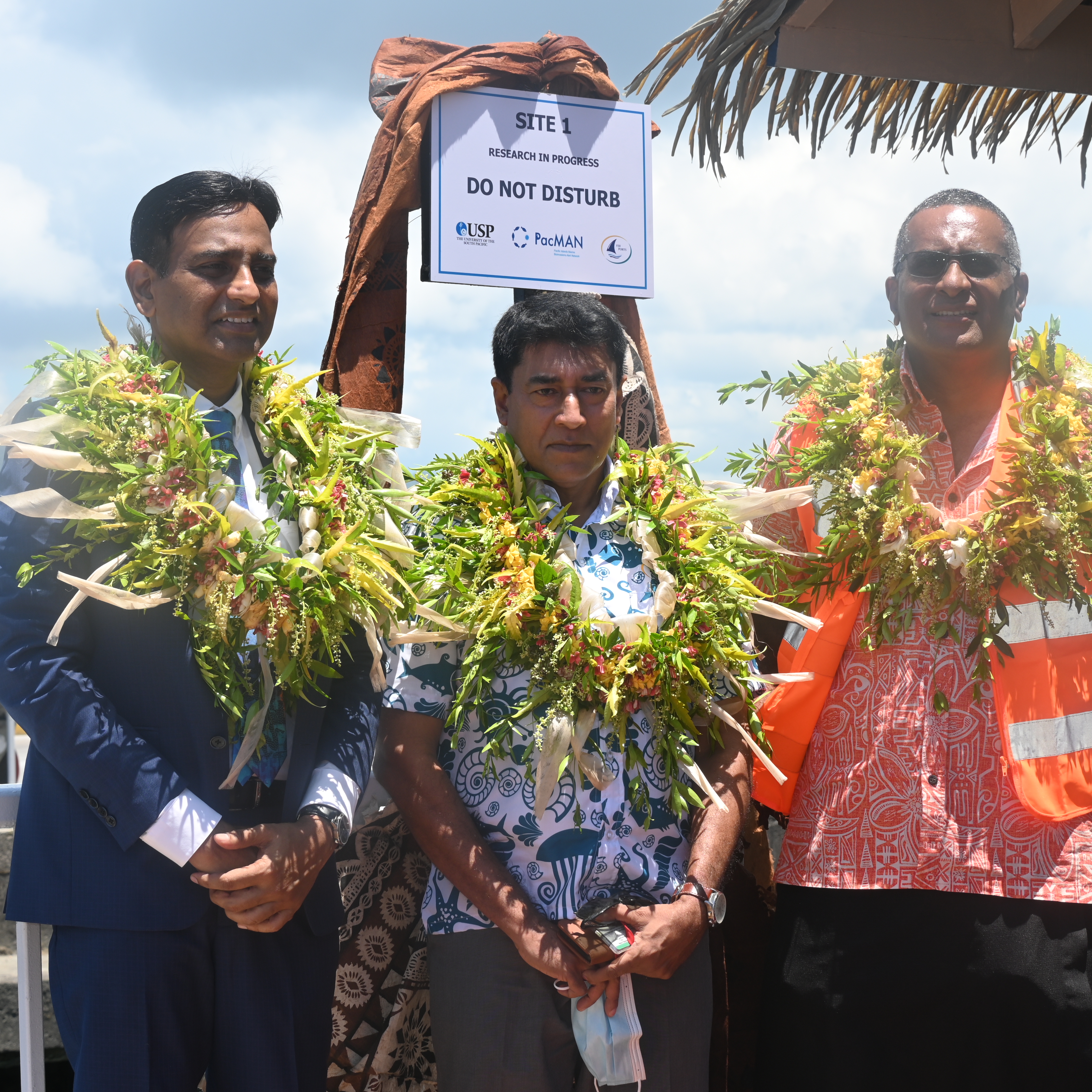 The Pacific Islands Marine Bioinvasions Alert Network (PacMAN) Project, which aims to monitor and identify marine biological invasive alien species, was officially inaugurated on November 24 in collaboration with the Institute of Applied Sciences at The University of the South Pacific (USP-IAS).

As part of the project’s commitment to building a marine invasive species monitoring plan with a decision support tool for managing marine alien invasive species, this launch was the first milestone in implementing the 13 months of research work undertaken at the Suva Harbour. The support and close collaboration of the Fiji Ports Corporation Limited and the Maritime Safety Authority of Fiji enabled the identification of this ideal study site.

USP-IAS Acting Director, Dr Isoa Korovulavula stated it was a significant occasion as they moved collaboratively to a new “frontier” of protecting the local marine environment from invasive species.

“IAS-USP as the implementer of PacMAN in Fiji provides capacity building in the form of technical training deemed necessary, shares analysed data and provides technical support to BAF.”

He mentioned that BAF had established its post-entry Quarantine Station Diagnostic Laboratory (‘PEQSDL’) in Koronivia- Nausori.

“Having access to utilising the high-class qPCR facility for PacMAN will significantly enhance the proposed outcomes of the project as qPCR analyses is a critical aspect of the scientific methodology thus requiring necessary equipment needed for this pilot project.”

Chief Guest and Permanent Secretary for the Ministry of Waterways and Environment, Mr Joshua Wycliffe acknowledged the participation of all significant players stating, “It is also an opportunity for me and all of us to consider our next steps”.

“We usually talk about overfishing and resource exploitation in the marine environment when we should be concentrating on our species’ new invasions. Every day, these changes that we recognise in our human activities through ages are infiltrating our seas.”

Mr. Wycliffe further added the frightening rate was due to the current acceleration mainly due to technological advancements and increasing worldwide communication.

“The expansion of trade encourages the global distribution of organisms through the marine environment. Cleaning the hulls of ships and disposing of ballistic water are two examples. All of these factors play a significant role in the degradation and disturbance of maritime habitats around us,” he added.

He emphasised the significance of programmes such as PacMAN in producing the response to measuring and making decisions based on scientific data.

Mr. Wycliffe praised and thanked all agencies and donor groups who have contributed to preserving the project’s biggest and best outcomes.