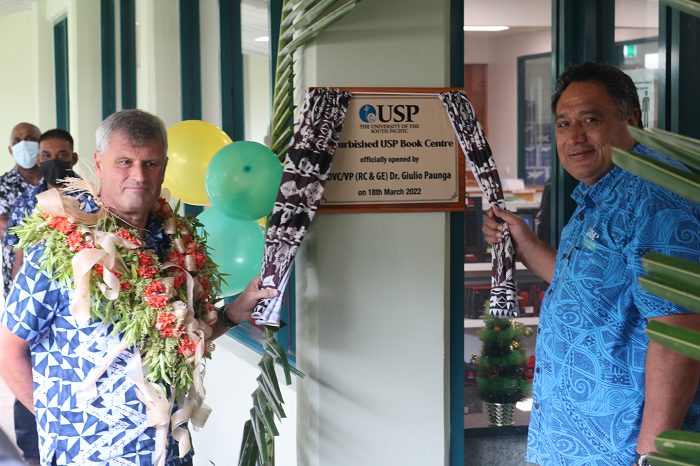 This was a fascinating project, according to Dr Pāunga, as the refurbishment was a way to change the image of the University’s Book Centre.

“In the last two years, we’ve accomplished a lot in a challenging time,” he added.

Dr Paunga thanked everyone who contributed to the project’s success.

USP Director Commercial, David Peeks stated that when he first arrived three years ago, the Book Centre was listed in the travel guide, indicating that it was internationally on the map.

“The staff showed a great deal of dedication and enthusiasm for the bookstore,” he said.

Mr Peeks said they were enthralled when tourists came to Fiji and read about the Book Centre.

“I saw this as an excellent opportunity to capitalise on the enthusiasm and try to transform the bookshop from where it was to something new, modern, and appealing,” he added.

“You have the opportunity to come in and browse. We wanted to accomplish certain things, such as consolidating all course material printing under one roof and printing for students.”

The USP Book Centre has a variety of books for all ages and interests which include children’s books, reference books, general fiction, and non-fiction books. They also have a wide range of titles based on the Pacific that have been published locally and overseas, in the subject areas of politics, history and religion including USP merchandise.