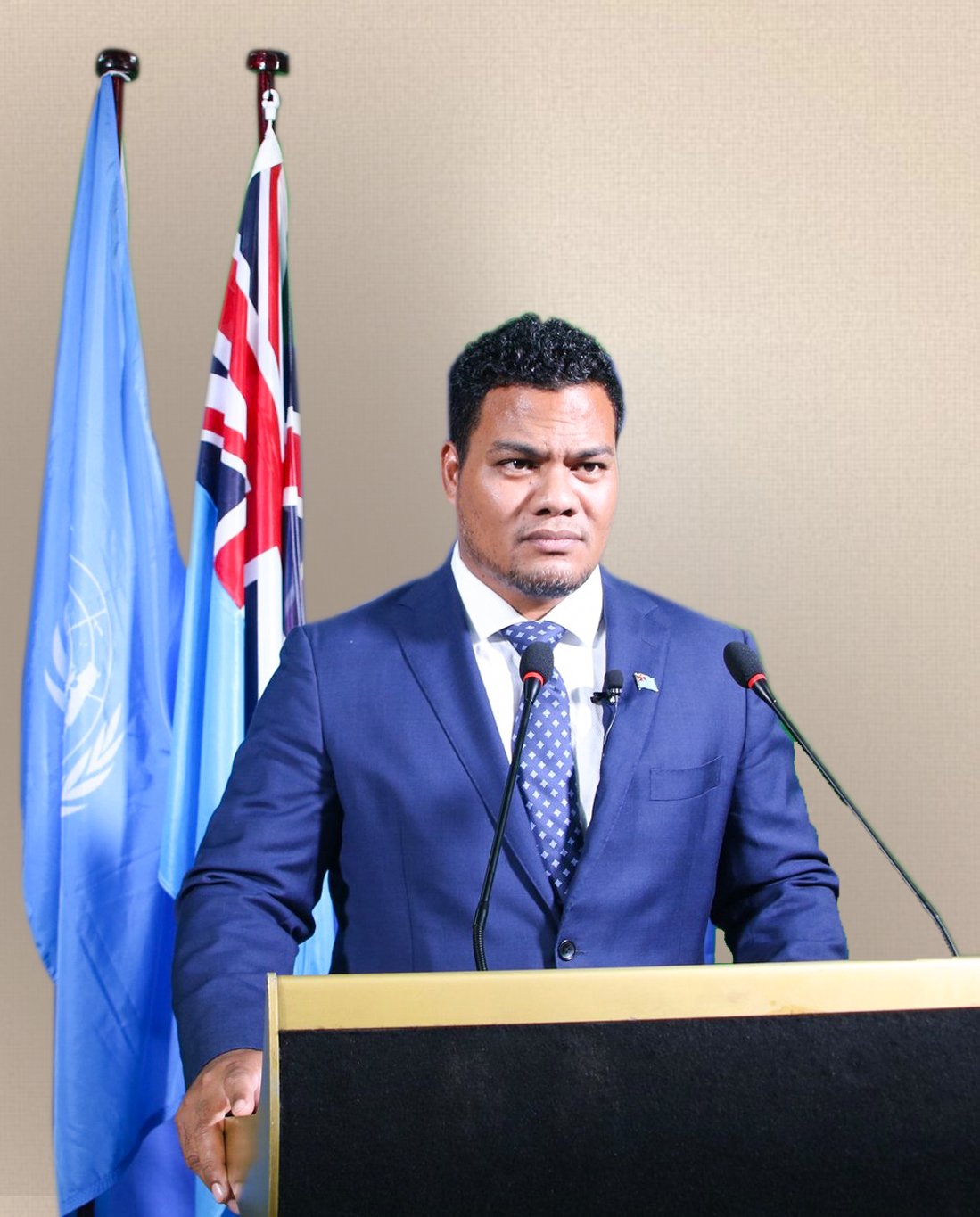 Honourable Simon Kofe, Tuvalu’s Minister for Justice, Communication, and Foreign Affairs and a USP alumnus, has been nominated for this year’s Nobel Peace Prize. Hon. Kofe completed his Bachelor of Laws (LLB) and Professional Diploma in Legal Practice (PDLP) at The University of the South Pacific in 2005.

He joins other notable nominees such as Pope Francis, Sir David Attenborough – a British icon and nature broadcaster, and Greta Thunberg.

Hon. Kofe was nominated by Guri Melby, the leader of Norway’s Liberal Party, for his work in raising awareness of climate change issues, particularly the threat of climate change to his low-lying Pacific Island nation, Tuvalu, where he recorded a speech for the United Nations Climate Conference while standing in knee-deep seawater.

USP Vice-Chancellor and President, Professor Pal Ahluwalia in congratulating Hon. Kofe said, “The Nobel Peace Prize is in recognition of your outstanding effort in raising awareness of the reality of climate change in Tuvalu. It is a proud moment for USP and on behalf of the University, congratulations on your nomination”.

The VCP added that it was inspirational that a USP alumnus was recognised for bringing the world’s attention to challenges of climate change faced by the Pacific.

“Your nomination is evidence of your extraordinary contribution and good effort to bring the effects of climate change to our Pacific region to the world’s attention.”

“Your powerful speech at the UN COP26 Climate Summit was masterfully delivered to convey the gravity of climate change.”

“The news of your nomination has urged us to strengthen our commitment to provide Pacific communities with information for adaptability and sustainable development.”

“It is always a proud moment when an alumni excels, especially on the international stage.” Congratulations once again!”

The Norwegian Nobel Committee, which chooses who receives the award, does not comment on nominations and has kept the names of nominators and unsuccessful applicants confidential for the past 50 years.

The 2022 laureate will be announced in October.