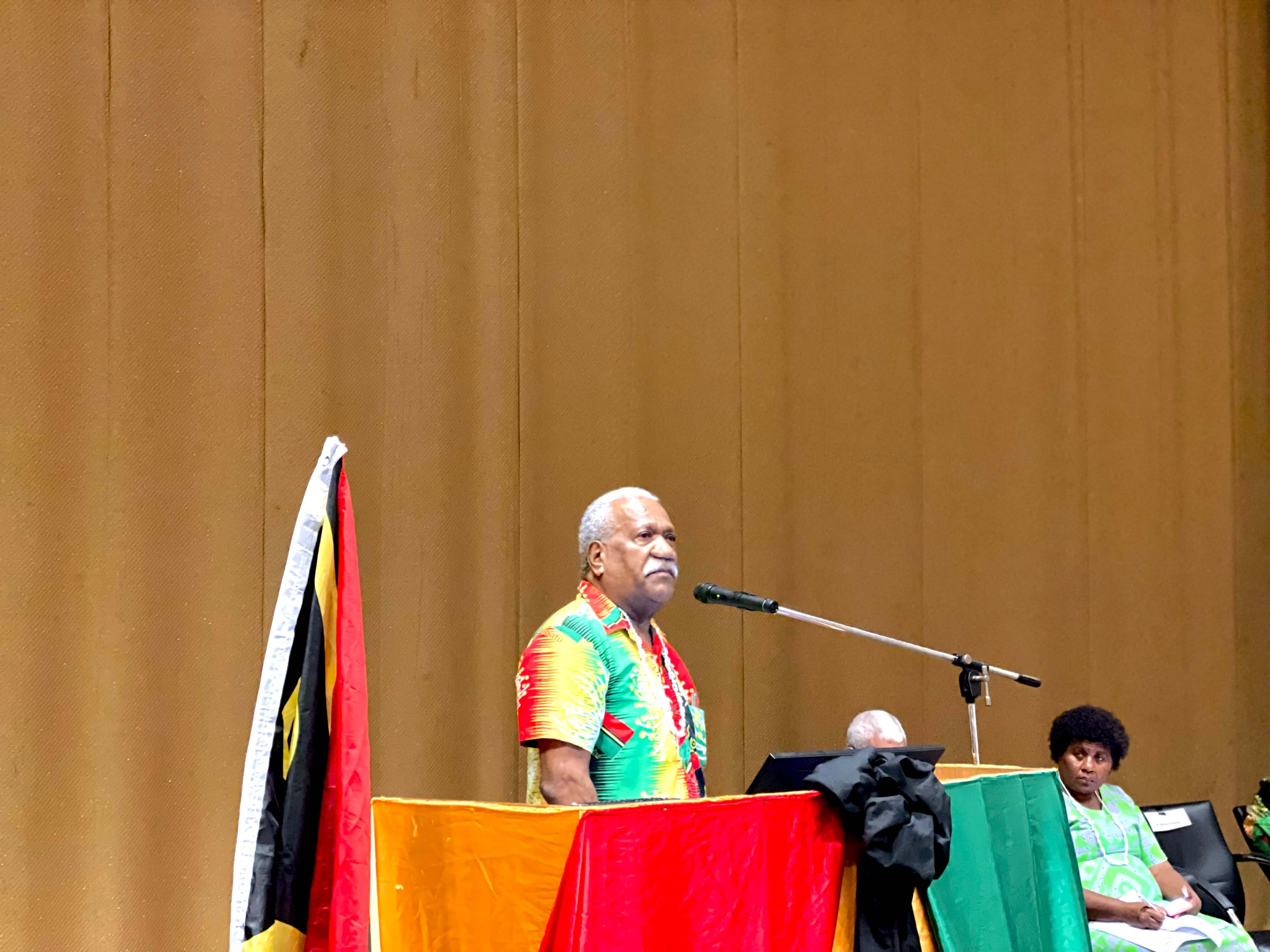 His Excellency (H.E) Nikenike Vurobaravu has been voted the 12th President of the Republic of Vanuatu. An alumnus of The University of the South Pacific (USP), the new President has had significant influence with many Vanuatu governments.

Most recently, he has been the High Commissioner to Fiji where he had promised to encourage national unity and promote the issue of climate change.

He graduated with a Bachelor of Arts Degree in Political Science and Administration in 1977 from the University after which he travelled and studied abroad.

H.E Nikenike Vurobaravu believes that his undergraduate studies at USP more than adequately prepared him for his public policy and diplomatic career.

“I believe the relevancy of my USP programme, and its constituent courses, ensured I graduated with the appropriate level of competency that my home country needed then,” he said.

“It was quite a re-orientation experience for me after being taught by many learned economic development Professors to always engage in critical analysis, especially during tutorial class debates on the pros and cons of sensitive issues.”

As students, the Honourable President and his peers embraced values and ideas that enabled them to empathise with and support the strengths of colonised Pacific People for self-determination and political independence, such as in the New Hebrides and New Caledonia.

“Selected memories of my student life at USP relate to my personal experiences and perspectives on various aspects of changes enveloping and transforming Pacific islands during the 1970s,” he said.

As an enabler, H.E Nikenike Vurobaravu believed that his multi-ethnic and diverse cultural exposure to USP’s academic and campus life shaped and matured his outlook and attitude towards foreigners.

“Tolerating and willingness to understand others is indispensable for developing interpersonal skills one requires to pursue a successful career in the Foreign Service – of any country,” he said.

His most memorable experience while studying at USP was promoting political awareness amongst a handful of New Hebridean students studying in Fiji during the early half of the 1970s.

“This involved meeting and socialising with visiting senior nationalist leaders, such as Father Walter Lini and George Sokomanu, for briefings and updates on political evolution processes and related issues in the New Hebrides.”

While most briefings were informal, these provided opportunities to meet and get acquainted with leaders, who actively encouraged him to join the “struggle for independence” after finishing his studies at USP.

Soccer was an attractive way of bringing New Hebridean students together regularly.

“The Vate Club was established in 1971, and when I became President of the Club, which was one of the top performing teams in the Suva Soccer Association (SSA) First Division. Several members of the Vate Club, including myself, were top scorers in weekly matches and ended up being selected to play for the Suva Selection Squad.”

It would be the relationship between the teams that led to the establishment of the first spirited Wantok Association made up of Vanuatu, Solomon Islands, and Papua New Guinea students at USP in 1977.

The University is extremely proud of its graduate, the new President of Vanuatu, and wishes him great success in his new position.