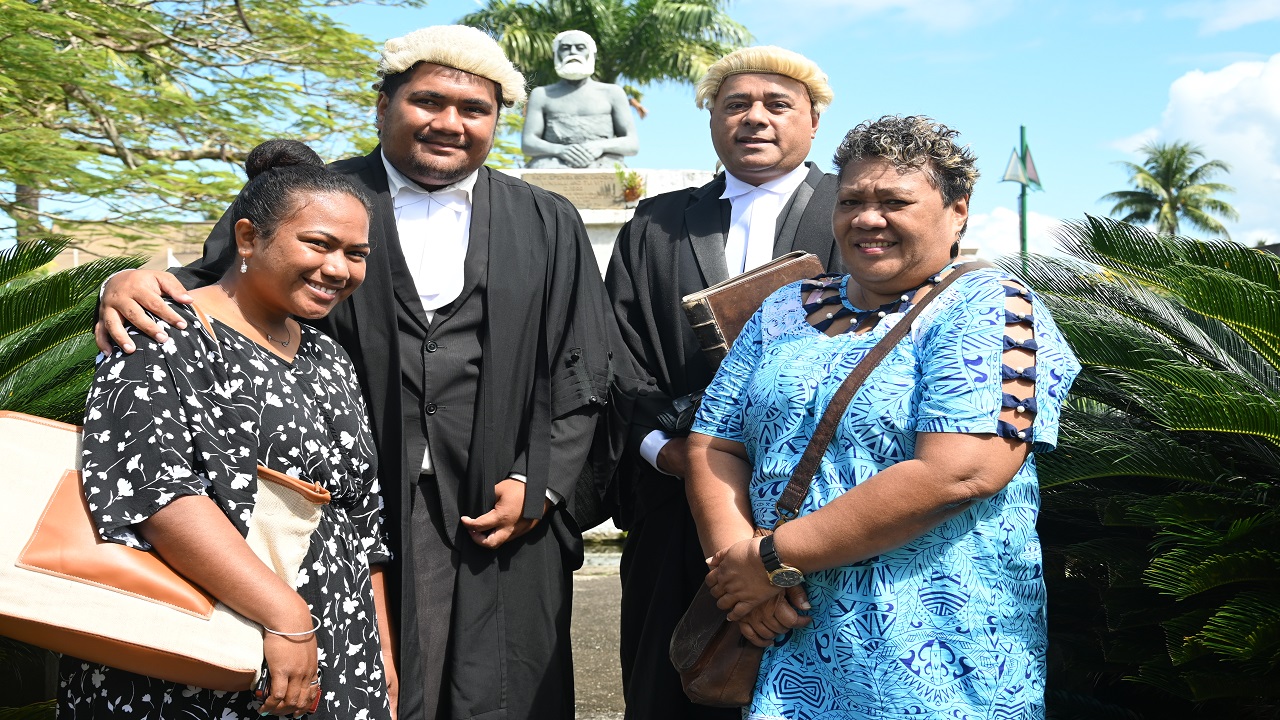 Epeli Matata Kotoilakeba is counting his blessings after he was admitted to the bar in a special admission ceremony in the Suva High Court this week.

The 25-year-old missed out on the opportunity to be admitted to the bar alongside his classmates last Friday but was given a chance to be the only The University of the South Pacific law graduate to do so this week by the Chief Justice Kamal Kumar.

Mr Kotoilakeba who is from Somosomo Village in Taveuni said the biggest challenge for him was living away from his mom and staying with relatives in Viti Levu.

He recalled the difficulty of having to look for money for his bus fare to class while pursuing his degree when he would travel from Nausori to USP’s Statham Campus. At times, he would bunk with his friends at Statham Campus or the Halls of Residence and counted himself lucky each time he did not get caught and kicked out.

Mr Kotoilakeba also highlighted that pursuing law was an intense experience and one he would cherish for a long time. He said the hard yards put into achieving a law degree was doubled when trying to get through the Professional Diploma in Legal Practice programme.

He has dedicated his achievement to his mom who raised him on her own and has been a pillar of strength and support throughout his university journey. Mr Kotoilakeba also thanked his extended family for their love, encouragement, and financial support every now and then.

Presiding over the admission to the Bar, Chief Justice Kamal Kumar stressed to Mr Kotoilakeba to uphold the Oath of Allegiance and legal practitioners’ oath that he has taken and to never forget the sacrifice his mother put in to help him get to where he is today. He extended congratulations Mr Kotoilakeba’s family who were present

“You now play a vital role in our legal system and that is not to be taken lightly.  As a lawyer, you will be entrusted to solve problems faced by members of our communities in terms of their properties, home, finances, business dealings, and family matters.  You will be called upon to defend and protect rights guaranteed to individuals under our Constitution and International Law.  The judicial system has become an important part of our life.  It is your duty as lawyers to get people treated fairly and grant them justice,” Chief Justice Kumar said.