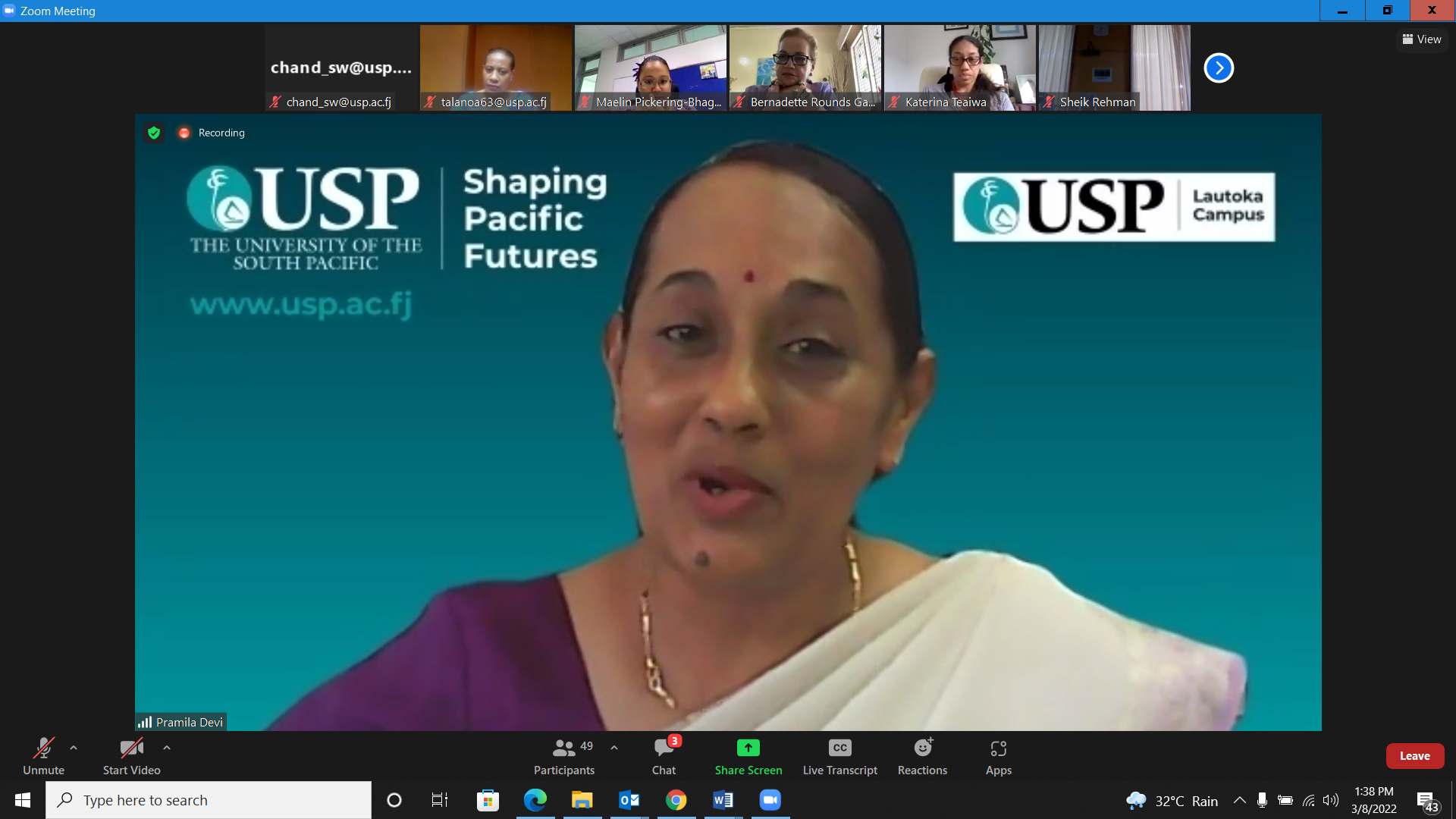 As we celebrate International Women’s Day (IWD), The University of the South Pacific (USP) recognises the significance of this special day by providing equal opportunities for women’s participation and leadership within the University.

Today, the world is rallying around the theme: Gender equality today for a sustainable tomorrow, calling for climate action for women. Women are increasingly being recognised as being more vulnerable to the effects of climate change than men since women make up the majority of the world’s population and are more reliant on the natural resources threatened by climate change.

Women and girls, according to USP, are also effective and influential leaders and change-makers in climate adaptation and mitigation. They participate in and lead sustainability initiatives worldwide, resulting in more effective climate action.

USP Vice-Chancellor and President Professor Pal Ahluwalia, who was also a guest, stated that it was wonderful to see women participating and raising awareness

“I believe it is critical to acknowledge the contributions of women who have had a significant impact at University and who have shaped Pacific futures at all levels of our institution.”

Dr Fanaafi Aiono-Le Tagaloa said that “Socrates had a saying that knowing yourself is important and the starting point for awareness and building a sustainable future for women”.

“This comes from having an education which gives security and helps you forge in a world of challenges.”

Dr Devi mentioned that to break bias, “We need to be bold enough to value both male and female, and that is what we can do as parents when raising our children.”

Ms Rounds Ganilau emphasised that “We as women have to perform to the best of our ability to move forward for a sustainable future for gender parity”.

Professor Teaiwa said, “Women have a long way to go in terms of women representation”.

“We need to make sure we do not let this happen to the future of our children and girls”.