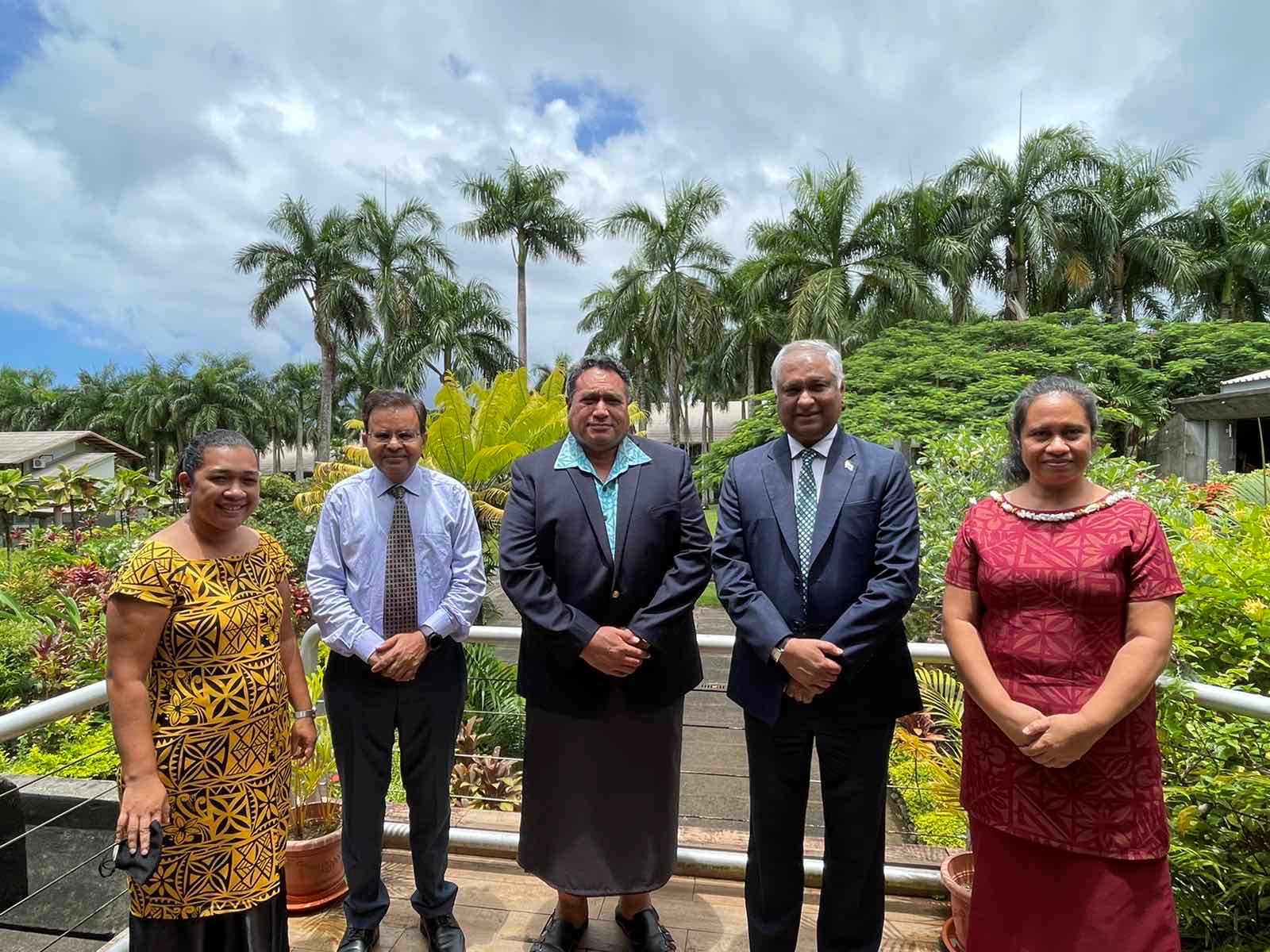 In his opening remarks, Dr Pāunga welcomed and thanked Ambassador Prasad for his instrumental role in the diplomatic lobbying leading to the concretisation of the Norway-Pacific Ocean-Climate Scholarship Programme (N-POC).

The N-POC programme is an ambitious and interdisciplinary partnership in research and PhD training between long-term partners, the University of Bergen (UiB) in Norway, and The University of the South Pacific (USP), funded by the Norwegian Agency for Development Cooperation (NORAD), 2021 – 2025.

DVC Pāunga, accompanied by Director Research, Professor Sushil Kumar provided the Ambassador an update on the N-POC programme, contributions of N-POC teams from both UiB and USP, and held discussions on expanding educational opportunities for the Pacific region.

UiB and USP have a long record of collaboration on research projects, performing arts, student exchange and shared initiatives of science-driven ocean and climate diplomacy.

Under the N-POC programme, 24 PhD candidates from USP’s 12 member countries and Papua New Guinea, Federated States of Micronesia and Palau will be based at USP’s Laucala Campus jointly supervised by researchers from both universities.

Ambassador Prasad serves as the focal point for updates about N-POC to the Pacific Small Island Developing States (PSIDS) group and has previously been an academic at USP. Ambassador Prasad also suggested Marine Genetics and Oceanography as areas of future importance and significance to the region and globe.

The three main objectives of the N-POC programme are to build a strong interdisciplinary Pacific cohort of PhD researchers to address urgent challenges for ocean and climate; to build new multidisciplinary Pacific research on the ocean-climate nexus for regional and global policy impact; and to build enduring partnerships between researchers and universities in Norway and the Pacific Islands.