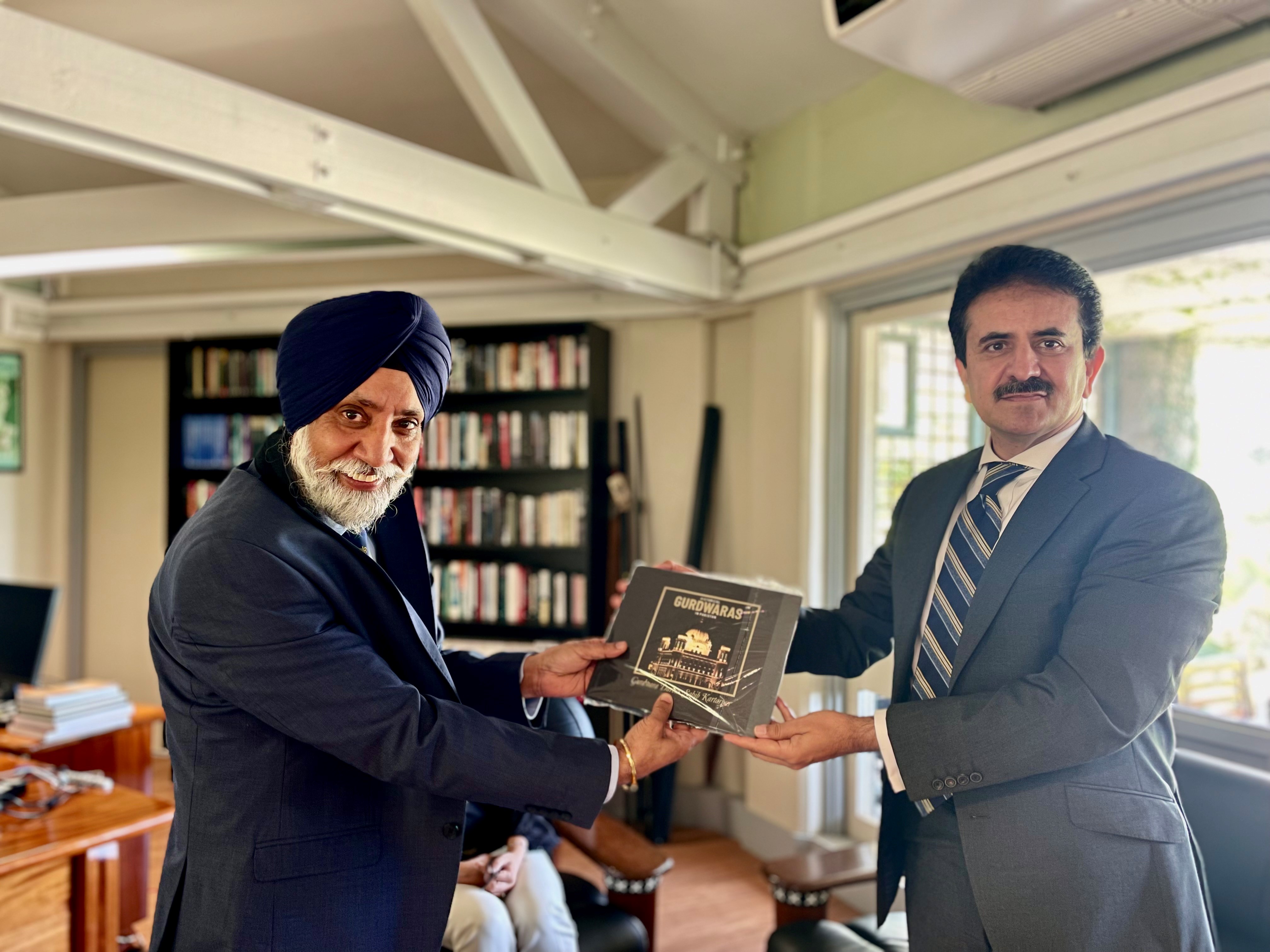 The Head of the School of Business and Management and Director of MBA programme, Professor Gurmeet Singh received a courtesy call from Pakistan’s Non-Resident High Commissioner to Fiji, H.E. Mr Zahid Hafeez Chaudhri.

High Commissioner Chaudhri is a career diplomat joining the Foreign Service of Pakistan in 1993 and has held key positions in the Ministry of Foreign Affairs in Islamabad and at Pakistan Missions abroad.

Prior to his appointment as High Commissioner to the Commonwealth of Australia, he served as Spokesperson of the Ministry of Foreign Affairs and Additional Secretary responsible for Asia Pacific.

In their discussions, Professor Gurmeet and High Commissioner Chaudhri discussed educational opportunities between Fiji and Pakistan particularly in business including science and climate change alongside student exchange programmes as USP currently has no bilateral agreements with Pakistan.