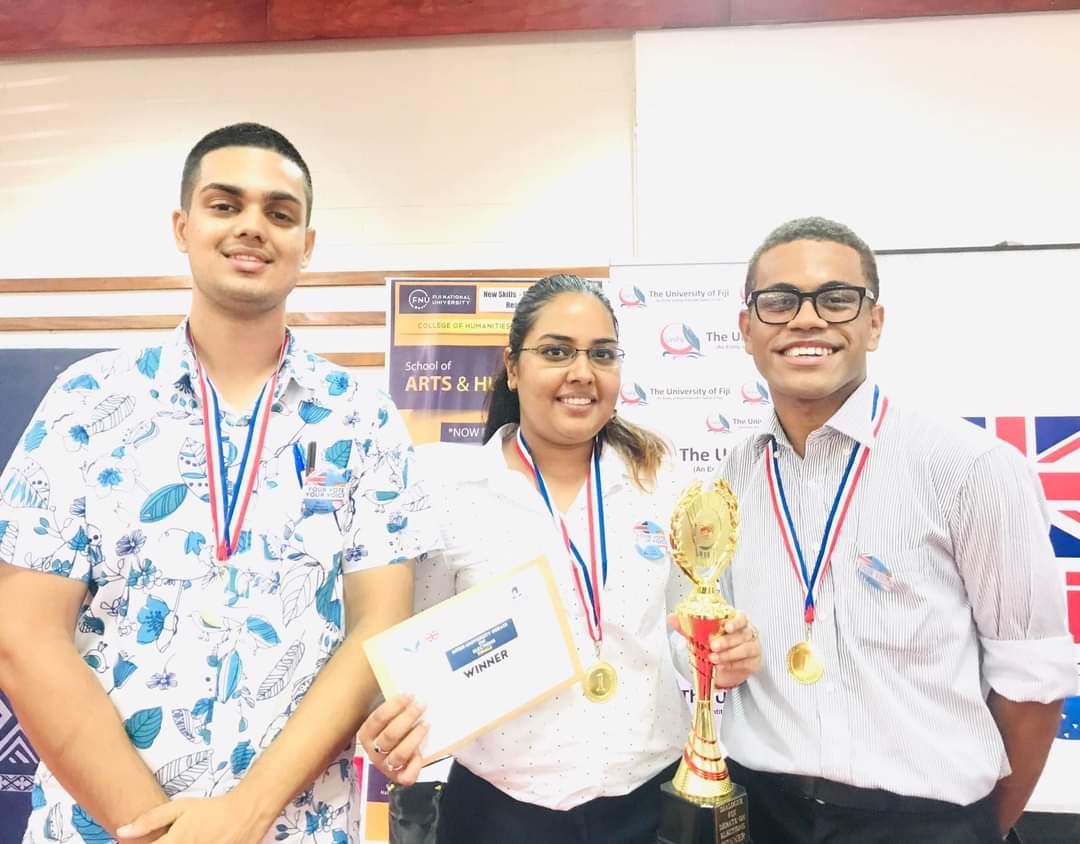 The University of the South Pacific (USP) Team, comprised of three School of Law and Social Sciences (SoLaSS) students, won the Inter-University “Debate on Elections” series finals on April 9 at the FNU Nasinu Campus.

Dialogue Fiji organised the event for the first time as part of their “Building Public Confidence in Elections in Fiji through Civil Society Action” project that is funded by the UK in the South Pacific and jointly implemented with International Institute for Democracy and Electoral Assistance (International IDEA).

The purpose of the debate series was to generate interest amongst young people/university students on electoral processes, generate discourse on campus and address the problem of apathy towards democracy and elections.

The competition offered students an excellent chance to develop their skills and confidence in public speaking, thoughtful argumentation and analytical problem-solving.

Acting Head of School (SoLaSS), Director of Politics and International Affairs Programmes and one of the judges for the competition, Associate Professor Sandra Tarte, said that all the teams performed very well.

She said the final debate was between The University of Fiji (UniFiji) and USP, and they both performed to a high standard.

She said it was pleasing to see essential political and electoral issues, such as the role of political parties, debated in a safe academic setting.

Associate Professor Tarte hopes to see more debates of such nature in the future.

On behalf of the SoLaSS team, Nawal Maharaj said he was overjoyed after the winners were announced.

“My team and I started to research the night before the debate, each putting in 3-4 hours of research and writing before we slept. We all have worked hard, expecting to win,” he said.

Nawal thanked USP and the USP Students Association (USPSA) Laucala Campus for their efforts to support the debate.