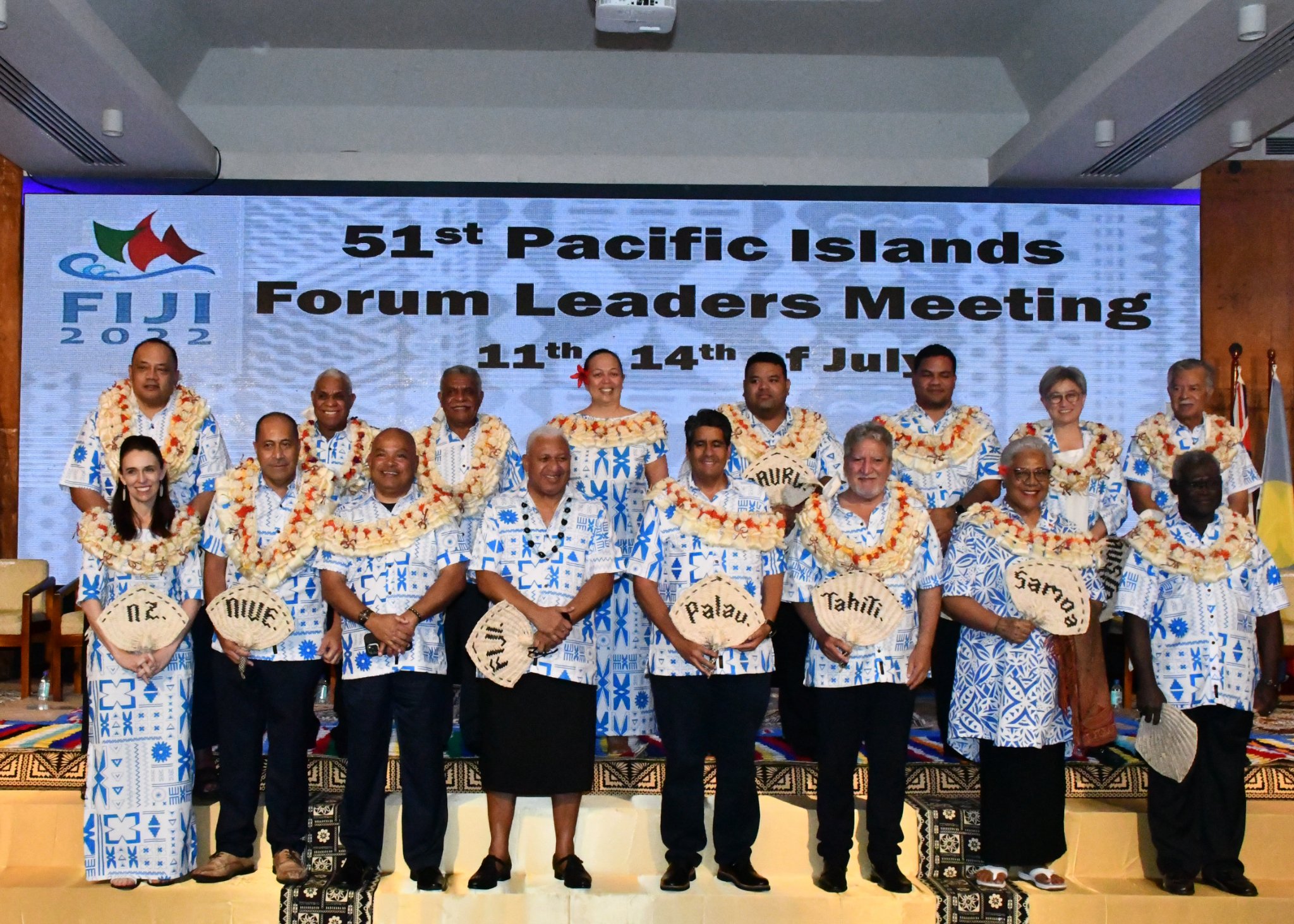 THE 51st Pacific Islands Leaders Meeting (PIF51) was an exciting affair that brought our regional leaders together after almost two years of virtual meetings. The event brought with it an opportunity for the media to ask burning questions that were on everyone’s mind, or at least we hoped it would.

The main topic of interest by the leaders during the entire four-day event was regionalism. One could speculate that this could be because of an increase in geopolitical interests and tug of war from countries like China, America, and Australia in the Pacific.

From the outset, it is clear our regional leaders are aware of the interest internationally and are playing it by ear. PIF chairman and Fijian Prime Minister Voreqe Bainimarama reiterated the friends to all approach when addressing regionalism.

Mr Bainimarama said, “We cannot afford to make enemies, and we will stress that the Pacific is friendly to all.”

This statement, which echoes a deeper meaning, indicates that the regional leaders will not be bullied by big countries but will work in the best interest of Pacific Island nations.

Regionalism in this sense saw the leaders present a united front as a Pacific family to ensure that our voices and interests are heard.

Some may argue that Kiribati’s leaving the Pacific Islands Forum does not exactly present a united front. In Kiribati’s case, President Taneti Maamau cited four main reasons for his country’s withdrawal ahead of the PIF51 meeting, due in part to the forum not addressing the concerns of Micronesian countries adequately.

While some Micronesian leaders agreed to end the impasse in June this year through the formalisation of the gentleman’s agreement in the Suva Agreement, Kiribati maintained its concerns were still not addressed.

Samoa’s first woman Prime Minister Fiamē Naomi Mataʻafa said they had discussed the issue and there was consensus among some leaders of the Northern countries in the Suva Agreement.

“I think the leaders, in recognising the issues raised, have worked very hard to meet the concerns made by the Northern members of the family, albeit Kiribati still remains outside, but we hope that they will come back to the fold and we also need to understand what is happening to Kiribati,” she said.

There were other questions that arose in terms of the human rights situation in West-Papua, The University of the South Pacific’s member country contributions, and the progress of the Pacific Leaders’ Gender Equality Declaration which, according to Samoa’s PM, was a point of discussion during their retreat.

The agenda of the leaders’ meeting, apart from the issues, was the 2050 Strategy of the Blue Pacific Continent, which was endorsed by the leaders and highlighted key strategic pathways and thematic areas to resolve issues facing the region.

Overall, the event did bring some form of relief in terms of tackling the biggest security threat in the region – climate change. But as a regional citizen of the Blue Pacific, we hope that education also remains a top priority for our leaders.

And that includes encouraging the Fijian Government to settle its more than $70m outstanding country contribution as a member of USP.