Hydroponic farming the way to go

More than 100 participants from the Central Division are undertaking a two-day intensive training programme on hydroponics farming facilitated by Dialogue Fiji and funded by European Union in the Pacific this week to build community resilience to the climate crisis.

The hands-on activity under the “Building Community Resilience to Climate Change through Civil Society Action” project is a continuation of previous hydroponic farming trainings held in the Northern and Western divisions for more than 170 people this year.

Dialogue Fiji Executive Director Nilesh Lal said the training was not just geared towards building community resilience but also focused on equipping communities with the skill and knowledge to be able to adapt to the impacts of climate change through the application of climate smart agricultural techniques such as hydroponic farming.

“The activity, to an extent, is also geared towards mitigating the impacts of climate change that we are experiencing, which is of course becoming more severe as the phenomena progresses. This hydroponic training is considered a smart agriculture technique. It uses less water than traditional farming does and farmers are able to exercise greater control of the entire production process,” said Mr Lal at the training programme today for the second cohort of participants.

“It has become essential for Fijians to adapt and to upskill themselves particularly with agriculture and production, which is critical for a society like Fiji, which is still largely agrarian. Two cohorts are being trained this week. The training commenced on Wednesday and Thursday for the first cohort, and Friday and Saturday for the second cohort.

“Further initiatives will hopefully roll out soon where we will be providing hydroponic start-up packs for those that show some initiative and are genuinely committed to venturing into hydroponic farming.”

Participant Avilash Prasad, a farmer from Nausori, said the training programme provided vital information on the benefits of hydroponic farming, compared with the traditional farming methods he employed on his farm.

“The traditional methods take up a lot of time weeding and preparing the land for planting. It’s very labour intensive in that aspect to set up. I’d like to do a one-time set up of the hydroponic model on my farm so I hope to learn a lot from the trainers on ways to maintain this technique of farming,” said Mr Prasad, who has been farming assorted vegetables and rootcrops for the past decade.

“It’s a great effort by the EU and Dialogue Fiji to conduct these trainings for communities because climate change has had a big effect on Pacific Island countries and this hydroponic system reduces labour, maximises on space and contributes to food security and sustainability.”

Meanwhile, Dialogue Fiji also convened another Dialogue for Sub-National Policy formulation in the Central Division. The aim of the activity was to allow rural community leaders the opportunity to be part of policy formulation through valuable input. Participants of the hydroponic training were also part of this dialogue discussion.

This activity formed part of the project “Building Community Resilience to Climate Change through Civil Society Action” and was held at the Fiji National University’s Sports and Wellness Centre conference room in Nasinu.

The training will conclude tomorrow. 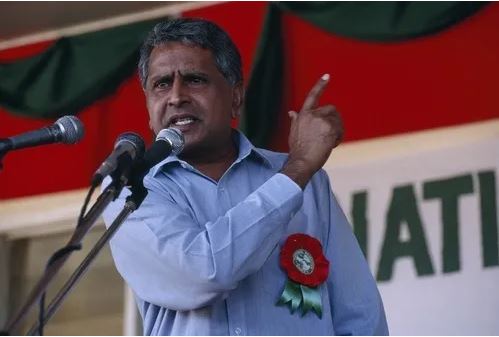