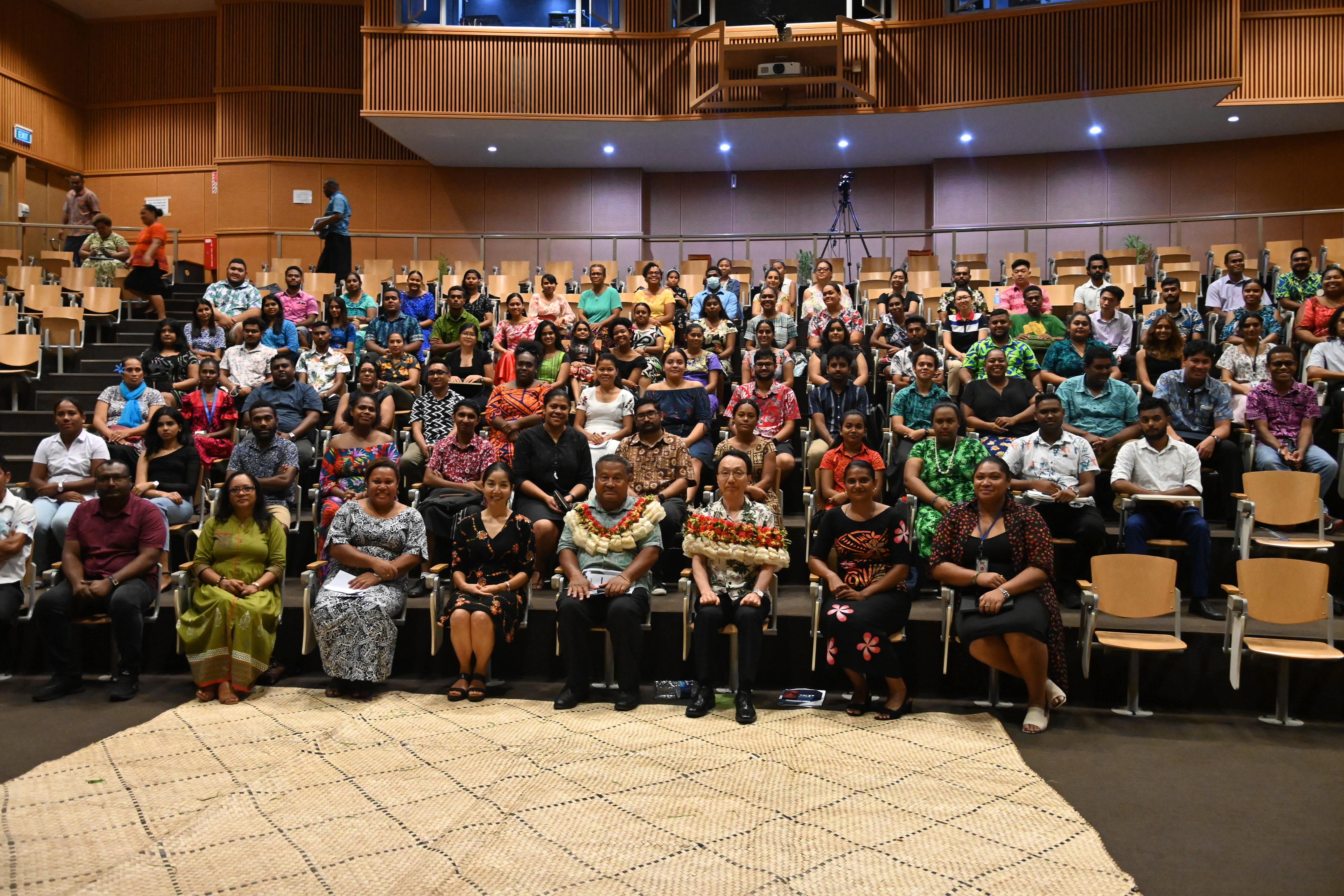 One hundred and ten regional students are expected to depart Fiji next week for Japan under the 2022 Japan East-Asia Exchange for Students and Youths (JENESYS programme) in collaboration with the University of the South Pacific.

These students were also briefed during the launch of the programme on Wednesday, particularly on what they should expect while in Japan and the need to promote our culture as well as learn as much as they could about the Japanese culture and their way of living daily.

This cultural exchange programme is fully funded by the Government of Japan and USP through the International Office has been coordinating this project from Kizuna and JENESYS 2.0 with high success since its inception in 2013.

Japan’s Ambassador to Fiji, Kawakami Fumihiro has extended his appreciation and gratitude to USP for working closely with the Japanese Government regarding the effective and efficient implementation of this programme.

He said the programme was conducted virtually over the past two years due to the COVID-19 pandemic, and now students can set foot in Japan after the re-opening of the two countries’ international borders.

“Since its inception in 2013, the Japan-Pacific Alumni Association has increased its membership and continues to implement it. Developing cohesive society in the coming years which will continue to enhance unity, friendship, and peace between our countries simply because the youth are our future”, he said.

USP’s Acting Vice-Chancellor and President, Professor Jito Vanualailai gave a brief background about the programme stating that this was and will continue to be a platform for building closer ties between Japan and the 12 Pacific Island countries that make up USP.

“This project would see the building of a closer relationship between Japan and the Pacific Island countries in the period after the great east-Japan earthquake in March 2011. Now, towards the 6th Pacific Island Leaders meeting that was held in Okinawa, Japan in 2012, the Government of Japan launched the Kizuna project for further promoting people-to-people exchange and mutual understanding between the Japanese and pacific island leaders,” Professor Jito said.

USP International Manager, Ms Lilliana Fuata also highlighted that the team had registered an estimated 1,900 alumni of the programme, which has covered the 14-member regional countries.

“So, what our students do is they learn different ways and projects and come back and implement it here in their respective home communities. So, really, it is about them learning as well and trying to implement,” she said.

Ambassador Fumihiro has also indicated the Japanese government’s commitment and support towards this critical programme in the years to come.