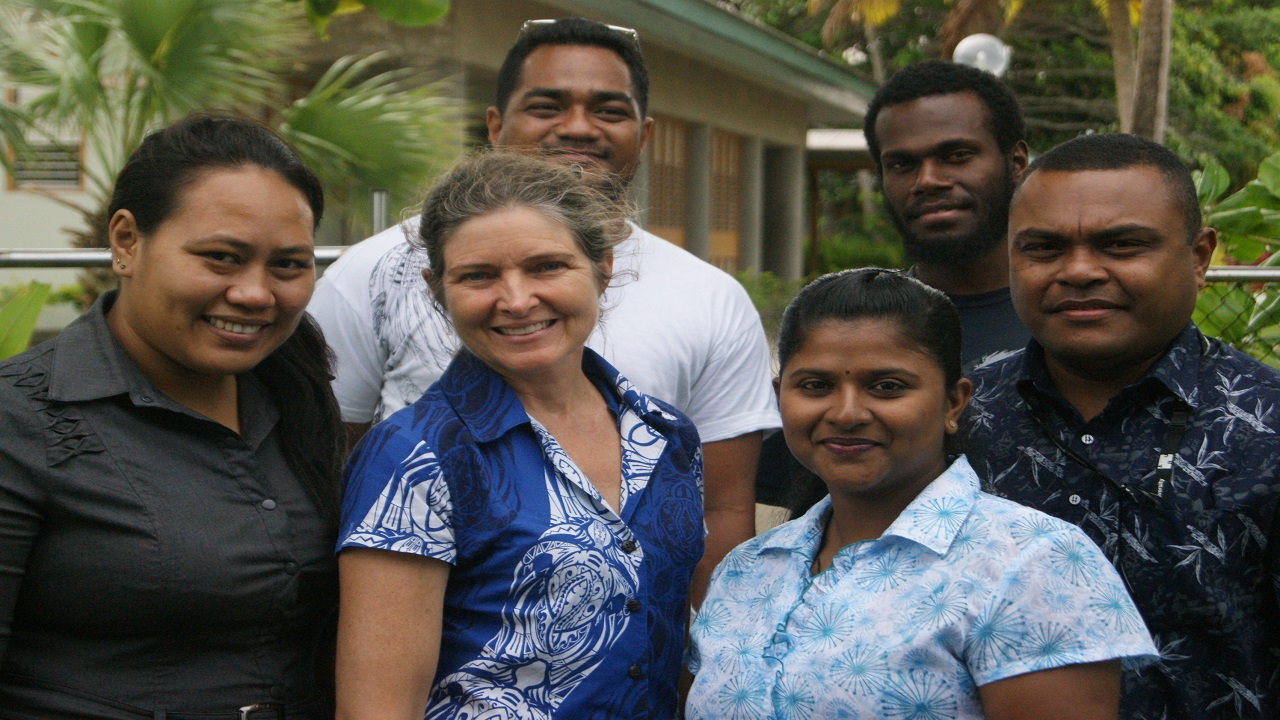 “Since 2012, The University of the South Pacific (USP) has supported students to attend United Nations Framework Convention Climate Change Conference of the Parties (UNFCCC COP) Negotiations .”

Climate change has made Pacific Island Countries extremely vulnerable to its harsh effects. One thing is certain, as the effects of climate change worsen over time, we will leave the Earth to today’s children and youth, as well as future generations.

The Pacific region as a whole accounts for <0.03 percent of total greenhouse gas emissions but millions of Pacific Islanders are bearing the severe consequences and negative effects of climate change which is undeniably a threat to our communities, homes, culture, livelihoods, and our Pacific identity.

Since its inception in March 1995 in Berlin, Germany, the Conference of the Parties (COP) to the United Nations Framework Convention on Climate Change (UNFCCC) has been held annually- until COVID hit and we missed a year.

Since 2012, thanks to funding from the European Union and AusAid, The University of the South Pacific has been sending personnel and students to the COP negotiations to support Pacific delegations through the Pacific Centre of Environment and Sustainable Development (PaCE-SD). Professor Elisabeth Holland, Director and Professor of Ocean and Climate Change, PaCE-SD, stated “For the past ten years, USP has been at the forefront of training the generations of Pacific Leaders and climate negotiators.”

“The programme is a widely recognised success,” she added. Our Pacific colleagues at Australia National University are designing a training programme for Pacific negotiators based on our progamme.”

“Our USP alumni are now climate change leaders throughout the Pacific, and their contributions have been critical to the success of the Paris Agreement and beyond. Some are Ministers, others are Directors and still others are focused on community resilience.”

For the first time since COVID, USP students are able to negotiate in person this year.

USP will send eight participants, six students and two staff, to the COP27 negotiations in order to build on previous successes and pave the way for future ambition in addressing the global challenge of climate change.

“I would like to see countries be more effective and not just recommend more discussions, but rather more actions from their side, whether it is through their commitments to reduce their carbon emissions or commitment and action to actually pump more funding assistance into mitigation and adaptation activities and programmes,” said Moe Saitala Paulo, a USP student representing Tuvalu at COP27 this year.

This year the 27th Conference of the Parties to the United Nations Framework Convention on Climate Change (UNFCCC) will take place in Sharm El-Sheikh, Egypt from 6-18 November 2022.