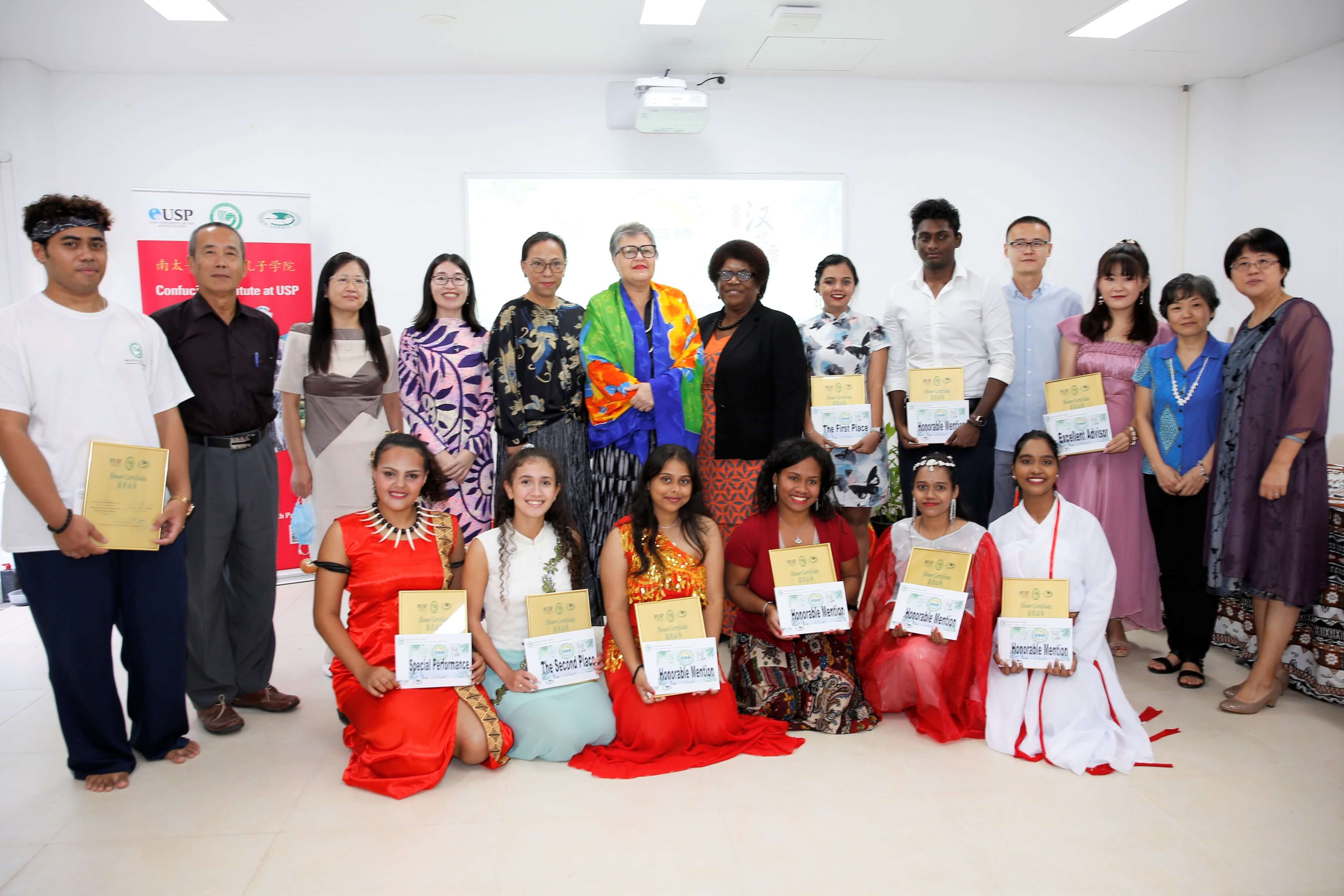 Danisha Kumar was overjoyed when she won the ninth Chinese Bridge Competition recently. She will now compete in the finals to be held in China.

The Chinese Bridge Competition is an annual event organised by The University of the South Pacific Confucius Institute (USP-CI). Students demonstrate their Chinese language skills by speaking on their chosen topic showing an understanding of Chinese culture through individual performances. The theme of the event was “One World, One Family”.

USP’s Chief Librarian and Chief Guest, Ms Elizabeth Fong, congratulated the students on their participation and praised them for their hard work in preparing for the competition.

She highlighted the importance of language as a medium of communication enabling a better understanding of culture.

Dr Yang Hui, the CI Chinese Director, and Dr Akanisi Kedrayate, the CI Local Director, both spoke about the relevance of the competition as a test of the students’ Chinese language skills, allowing them to demonstrate their cultural awareness through their performances.

They added the standard of language and cultural skills displayed by the students were excellent, considering that Chinese was not an easy language to learn.

Since its establishment in 2012, the USP-CI has grown to become not only a Chinese language centre for tertiary students but also for community members.