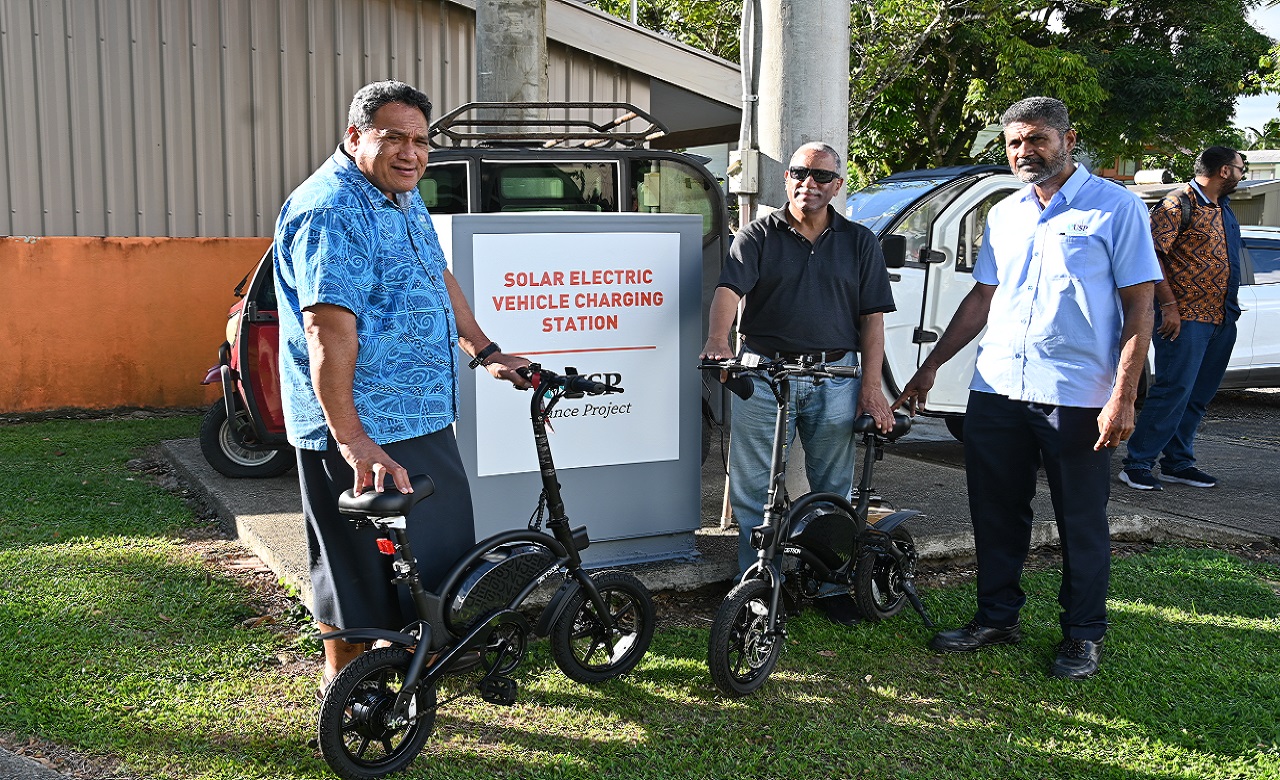 Three electronic bikes were handed over to The University of the South Pacific’s (USP) Security Services Division to assist with their operations within the Laucala Campus vicinity.

These e-bikes were purchased from the US$5,000 prize money won by Ravita Prasad, a former research student at the School of Information Technology, Engineering, Mathematics, and Physics during a recent transport forum organized by the Pacific Islands Development Forum and the International Union for Conservation of Nature.

Associate Professor Atul Raturi said they had been working on electric mobility where the team established a charging station funded by the French Government through its embassy in Fiji.

He added the prize money won by Ms Prasad was deposited into the school’s research account and to be used for various awareness programmes.

“These e-bikes cost about FJD$1,500 and a portion of the prize money was used to purchase these e-bikes. We decided to hand over these bikes to the security personnel so that when they ride around, they also create awareness and help with their operations. These e-bikes are charged using electric solar and this will emphasize the need to cut down fossil fuel consumption,” he said.

Professor Raturi highlighted the idea behind this initiative was to show people that nothing is impossible with solar energy to form mobility and create awareness about sustainable energy.

He confirmed the team will continue to collaborate with relevant stakeholders in the private and public sectors to promote these forms of the initiative.

“We have about 34 security officers at USP. Not all of them use bikes, but we have some quite competent cyclists. I believe this will be a good way of getting in response quickly because we usually have some urgent requests for security to be where the incident happened. It is a bonus to our department,” Mr Uluilakeba said.

“I think this will not benefit the students, but more the Securities and other people within the school to advocate on these things,” he said.

Dr Paunga has commended the innovative approach the school has taken to ensure it remains competitive in the world of innovation.