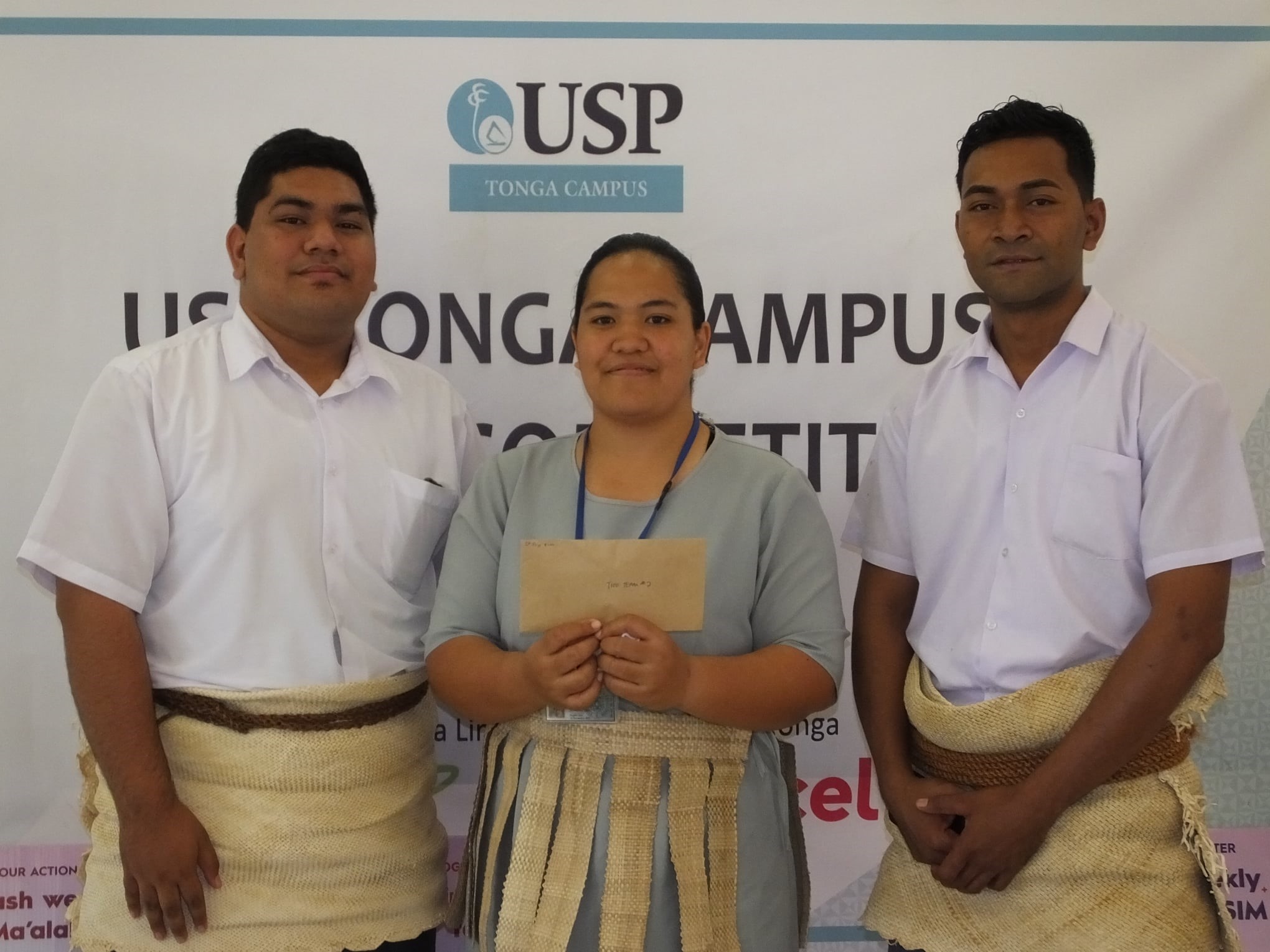 The Inter-Tertiary Debate Competition recently held at the University of the South Pacific’s (USP) Tonga Campus drew a large number of high school students with the competition open to all Tongan tertiary institutions, including Year 13 students.

The awards were sponsored by Bank of South Pacific (BSP) Tonga Ltd, totalling 3600 FJD while Digicel Tonga sponsored the broadcasting throughout Tonga on local television at the amount of $3000 Tongan pa’anga.

Campus Director, Dr Robin Havea stated that, “This year’s debate competition is important and unique in a way because the Campus has gone out for the first time to include other schools. This is part of our community outreach and engagement, and I am grateful to all the schools that have participated”.

He also expressed gratitude to the major sponsors, BSP Tonga Ltd and Digicel Tonga for their donations.

Dr Havea stated, “We look forward to working closely with our sponsoring partners and including more schools in future tournaments”.

Manager of Loan Management BSP Tonga Limited, Tevita Vaha’I said, “This is a great academic initiative providing a platform for students to develop their public speaking and research skills as well as the articulation of their ideas on a wide range of topics that matter in this day and age”.

“To see students put in a lot of effort who were passionate about their debates was inspiring, and it showed that they are well invested in their academic endeavours,” she added.

Soane Tupola, a Year 13 student at Tonga High School, said, “As a high school student, participating in the USP Tonga Campus debate tournament has provided me an opportunity to broaden my horizons while also honing my debating talents”.

“As a participant, I was honoured to have played against different teams from different schools both in my league and from higher institutions, something that was both nerve-wrecking and fun,” she said.