Nawadradra cherishes people at USP after decades of service 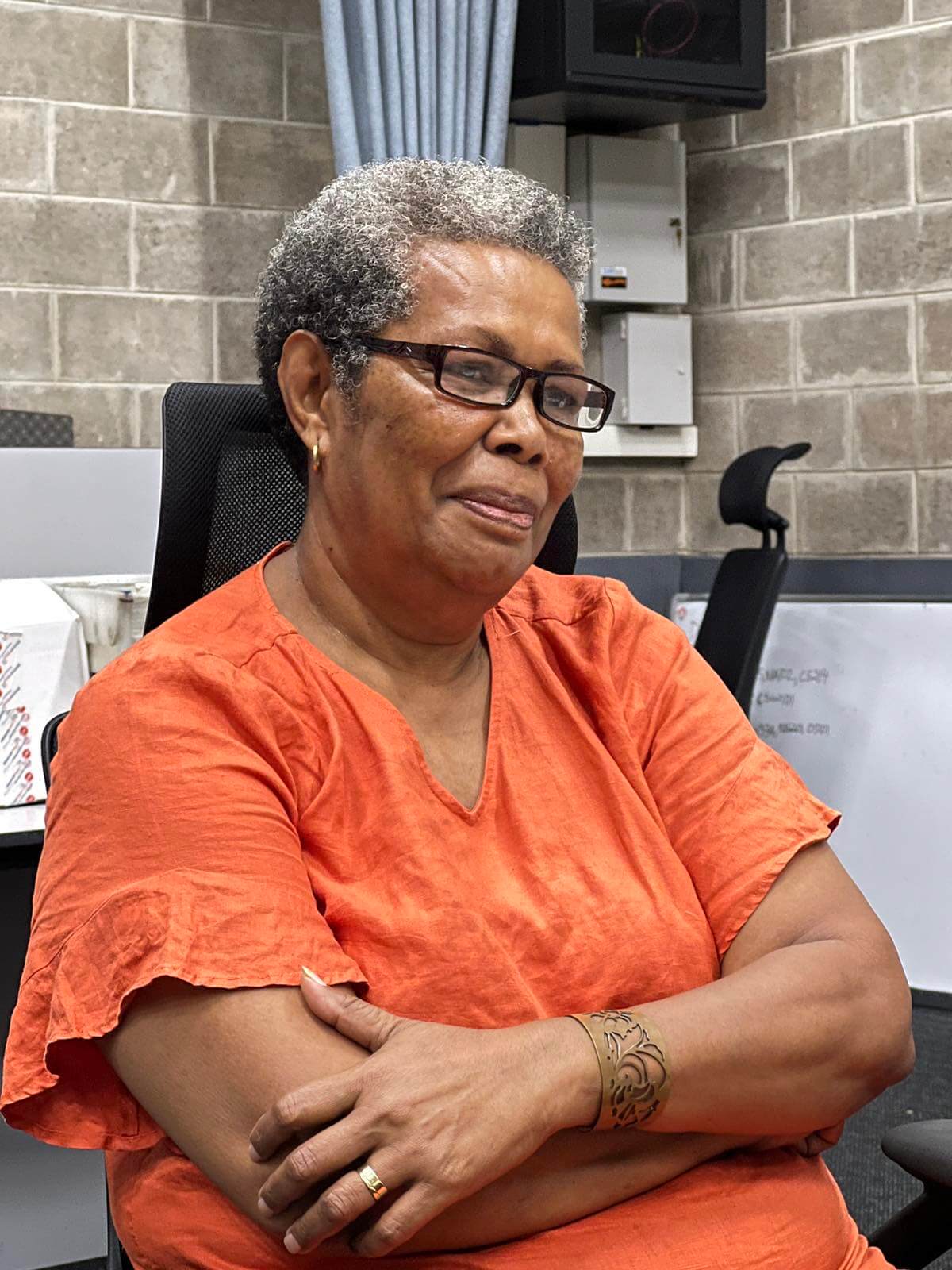 In recent years, countless people continue to serve even after retirement due to various reasons, and one of which would be the passion to continue serving and the love for the work one does.

This rings true for Ms Marica Nawadradra, who was a Student Officer, Assessments at The University of the South Pacific’s Student Admin Services Office for decades.

A little walk down memory lane, Ms Nawadradra joined the institution in 1975 as a Clerk Typist with the then School of Economic Development.

She said there were three schools back then namely the then School of Economic Development, the School of Education and the School of Natural Resources which was based at USP’s Lower Campus.

“I joined the School of Economics and stayed for about 14 years before moving to other departments. Things have changed over the years. I was 20 years old when I first started here at USP and during that time we were using manual typewriters. I worked closely with Coordinators for the sociology, geography, and accounting courses. I have met a lot of people since,” she said.

Ms Nawadradra stated that her work became easier in 1982 when she started using the computer to type and prepare exam papers for the face-to-face students at the Laucala Campus. The University’s extension during the time prepared exam papers for students at regional campuses.

“When computers were introduced, we had no time to go through computer training. We were informed that the computers were in the computer lab, and we had to walk in and start using them with minimal knowledge. Moving on from 1990 to 2003 I continued to type exam papers for Laucala Campus students,” Ms Nawadradra added.

She said the experience over the years was overwhelming and fulfilling, having crossed paths with a good number of academics, professors and USP staff who had immensely contributed to her personal as well as professional development.

She highlighted that “there were so many people I have met and made a huge impact in my life. Especially, when you are in the Exams Department, and I tend to meet units’ coordinators. And I could determine who was new and at times when some of my colleagues wanted to know more details of a particular coordinator or staff, they would ask me, as they knew that I worked closely with most of them.”

Ms Nawadradra’s husband and daughter also studied at USP during her years of service and admitted that she would not prepare or type exam papers that neither her husband nor daughter would sit, just to be fair with other students.

“I always ensure that I did my work honestly and diligently. My husband came to pursue his bachelor’s degree and Postgraduate program, and my daughter also did her degree. Before any exam, I would consult their Lecturers first that I should not prepare their exam papers as it would be a conflict of interest. Their exam papers would be prepared by the university’s extension team,” Ms Nawadradra stressed.

She said that there were not many challenges encountered during her decades of service at the institution, as “God was in control and was a captain of her journey over the years.”

“I would say I worked well with the lecturers and course coordinators. I made it my business to ensure that I precisely and thoroughly prepare exam papers. These course coordinators back in the day would give me handwritten exam scripts and I typed them for them. Once the paper was ready, I would contact them to proofread it. Sometimes I would make a few changes, but I greatly enjoyed my work,” she added.

When asked what her plans over the next few years are, the 65-year-old stated that she has nothing mapped out for now but to enjoy the free time she now has.

Ms Nawadradra said that she “would just go back home and relax. I have nothing planned out now, but I will probably plan out something over the next few months. Maybe, I would travel to the island as I will be able to save more.”

Her only advice to aspiring young professionals and students is to let God be the captain of their journey. Ms Nawadradra is a living testimony of God’s faithfulness, and she said without God’s provision and guidance over the years, she would not have made it this far.

“The greatest thing I can say USP has given me was the chance to rub shoulders with some of the greatest academics in the region, former and current ministers who once walked through USP. This university has given me so many good memories to retire with now,” she added.