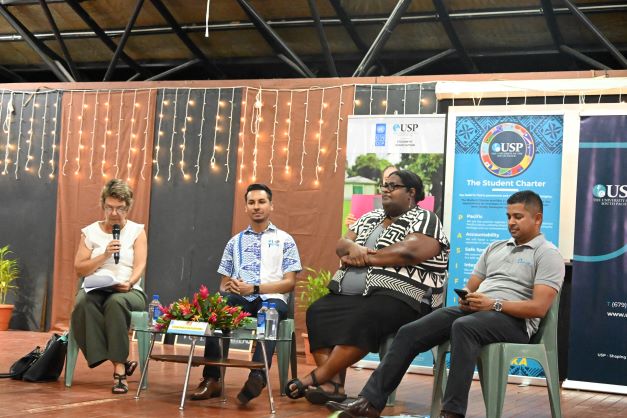 Democracy is often described as a government by the people of the people for the people. Elections are important because they help ensure that people have a say over who represents them in government.

This was highlighted by The University of the South Pacific (USP) Head of School of Law and Social Sciences, (SOLASS) Associate Professor Sandra Tarte during the elections talanoa session organised by the USP Students Association last week.

She added, “Having the right to vote is an integral part of the democracy and being able to exercise that right without fear or coercion is also fundamental, but there is also the question of whether voting in elections is more than a right or an entitlement but is a duty.”

“If we don’t participate in elections by voting, it is argued then the whole edifice of democracy starts to crumble. A vibrant and functioning democracy requires citizen participation and engagement,” Professor Tarte added.

She said that if democracy was to flourish, it was the people’s duty to engage in the electoral process.

Part of the talanoa session was the National Gender Youth Activist Alanieta Atama who reminded young people of the importance of participating in the electoral process and encouraged them to vote especially if it was their first time.

Supervisor of Elections, Mohammed Saneem was also part of the discussions with the USPSA on the importance of elections.

He said, “If we’re looking at trying to improve the youth participation in the election, we need to talk about things that matter to the youth”.

He acknowledged the USPSA for bringing young people together to talk about elections and why it was crucial to vote.

Concerning the low youth turnout in the last election, Mr Saneem said that the national conversation around the issues affecting youths must be improved on and acknowledged the USPSA for organising the talanoa session as “it enabled youth to voice out issues that matter to them”.