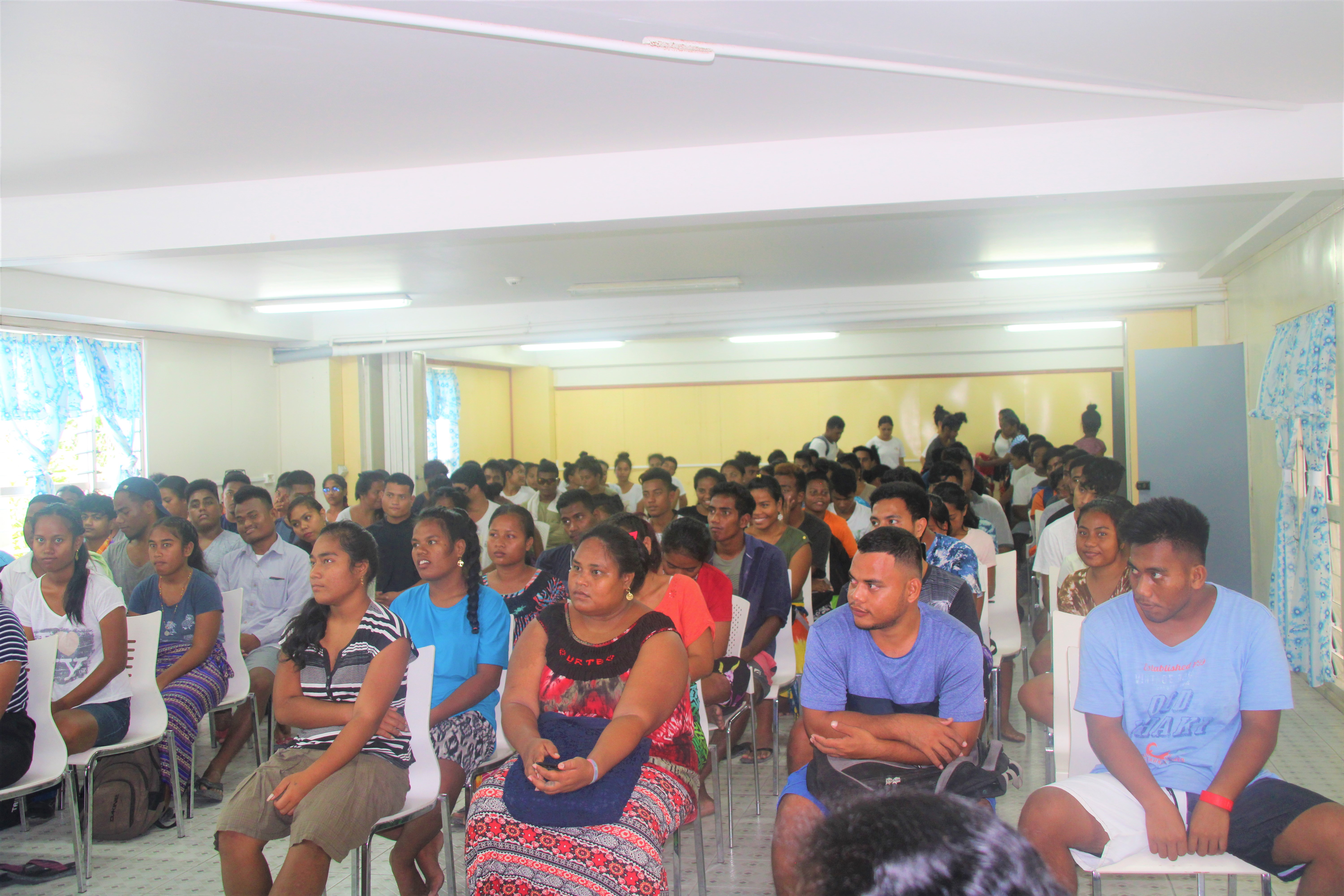 The University of the South Pacific (USP) Kiribati Campus welcomes an increase in number of students who have enrolled to study at the Campus this year.

The Campus enrolled 830 students at the beginning of the first semester which began on March 1, 2021.

Majority of the students studying at the Kiribati Campus are in-country scholars whose tuitions are fully funded by the Government of Kiribati.

The increased number of new intakes this year has been attributed to the University’s innovative marketing strategies and the foresight of the Kiribati government to support and encourage more students to enrol and pursue undergraduate studies in-country at through the Campus.

Border closures due to the COVID-19 pandemic had played a big part in the government’s decision to up its investments on tertiary education in-country.

In preparing new students on the University academic processes and extracurricular events on Campus, a one-week orientation was organised from 22 February, 2021.

The Campus orientation programme provided an opportunity for students to have their queries answered and also to familiarise themselves with the Campus. The orientation involved important briefing sessions about being a student on campus, and other student related activities.

Kiribati Campus Director, Dr Takuia Uakeia said the Campus was pleased to welcome the new students as they began their academic journey. He also advised students to do their best in their studies.

When addressing students and parents during orientation, Dr Uakeia reminded them that USP is the premier education provider in the region and congratulated them for having made the right choice to study at USP.

More than 1200 students are currently studying at the USP Kiribati Campus.