Home / News / Another Category / Sport / Jimi’s back on track

Jimi’s back on track 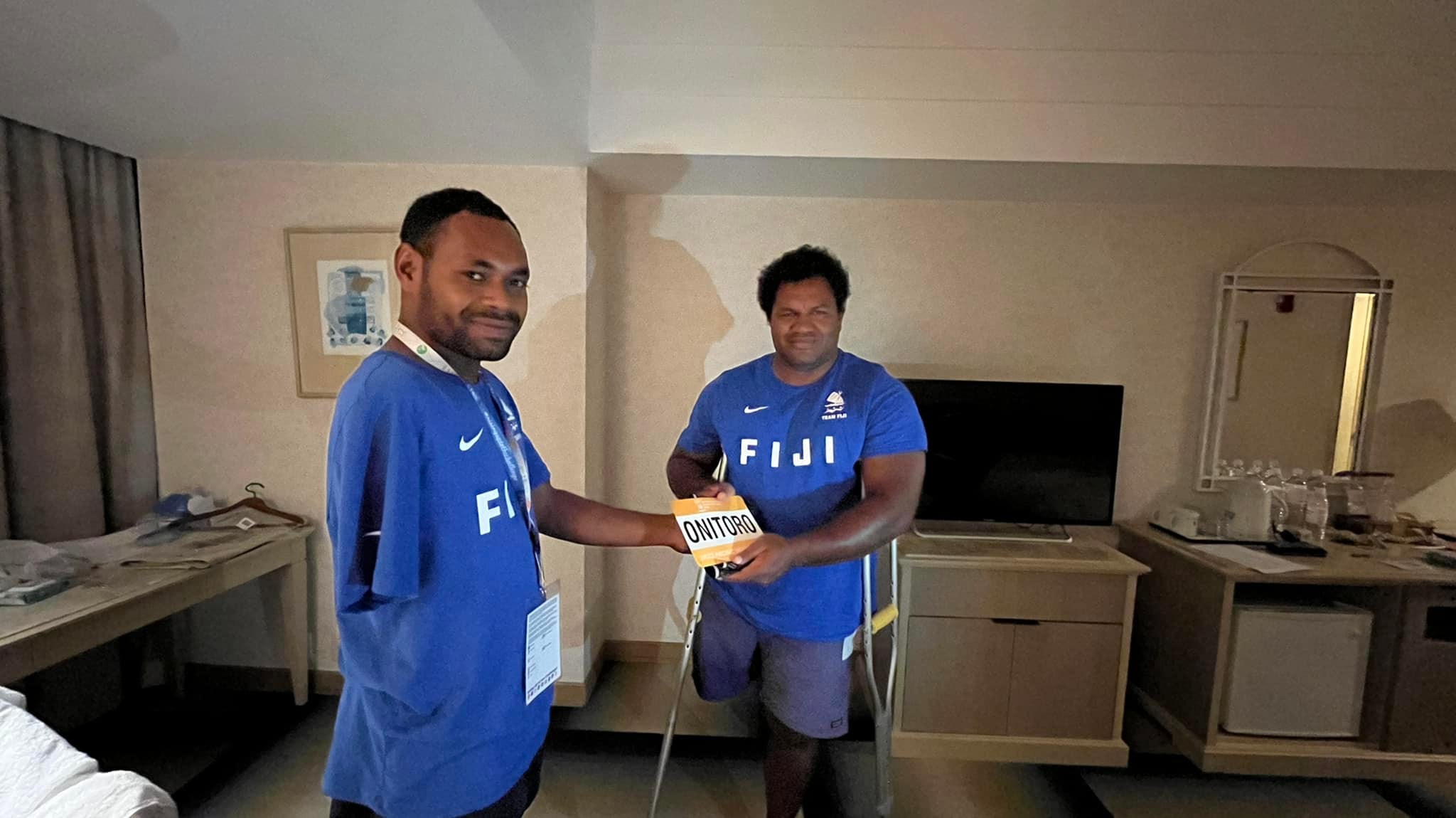 Jimi Onitoro was not born with a disability. He was an average child growing up but had a running ability that was taking him places beyond his wildest imagination.

In his younger days, Onitoro was a sprinter for Assemblies of God (AOG) High School in Kinoya, having won gold and silver in the sub-junior boys’ division for 100 and 200 meters’ track in 2005. This experience boosted his confidence and passion for the sport.

His parents were his number one supporters, went to all his events and cheered him on from the stands. Everything took a turn for the worst, a year after he had won his medals.

His parents filed for divorce and he moved in with his grandmother at the Caubati settlement. He was in school for half a year but left school to work when his grandmother became sick.

Over the years he had worked odd jobs. In 2018, he found a job at Golden Manufacturers Ltd in Nasinu as a factory worker, cutting cardboards for a living. One month into the job, a life-changing accident left Onitoro with one hand.

The 32-year-old can still remember that fatal day like it was yesterday. When he left home that morning, he had a weird feeling about the day. He tried to put that thought aside when he had entered the factory.

He worked with heavy machinery while cutting the cardboard and while slicing the cardboards, his left sleeve got caught in the machine. He did not realise this until the machine had begun to pull him in. In that moment, he tried to reach for the lever behind him with his left hand.

“When I was holding on to the lever I kept reminding myself that this was not how I was going to leave this world,” he said.

He knew if he had not held on to the lever at the right time, the machine would have sliced his head off. He was rushed to the hospital after he fainted and spent months in recovery.

After he returned home the company offered him monetary compensation and a job doing light work. He refused and fell into a deep depressive state even after his wife left him. He was embarrassed to leave the house and everywhere he went, he could feel the stares and pity from those around him.

With the support and encouragement from family members and friends, he was able to overcome his depression. He started to run every morning and afternoon to help clear his mind from the negativity. Little did he know that an opportunity awaited him.

His cousin Jovesa Polima had witnessed the struggle Onitoro faced. Mr Polima worked at the national stadium at the time under the Fiji Sports Council. He had seen athletes with disabilities training every day so decided to approach the Paralympics coach Fred Fatiaki.

“I went up to the coach and told him about my cousin’s situation and his talent for running. Coach agreed to see him the next day during the training session. When I told my cousin the good news, he was reluctant to go but with much persuasion, we both went to see coach.”

Fatiaki had trained paralympic gold medallist Iliesa Delana so he knew potential when he saw one. He recalled meeting Onitoro for the first time without shoes. He asked Onitoro if he could do a test run for 100 meters and was impressed when he clocked 17 seconds. Fatiaki then invited him to train together every day for two hours.

In April this year, Fiji’s Paralymics team travelled to England in preparation for the Pacific Mini Games in Saipan, Northern Mariana Islands in June and later the Commonwealth Games in England.

Onitoro was selected alongside five other paralympians to represent Fiji in the test competitions. It was also his first trip out of the country and exposure to overseas competition.

He had clocked 13 seconds in the 100 meters track event, second to Australia. His time qualified him for a slot at the Pacific Mini Games and broke the current record of 15 seconds for Fiji’s para-athletics 100 meters.

Onitoro is grateful to his support system for lifting him up and encouraging him to live his best life, on and off the tracks.