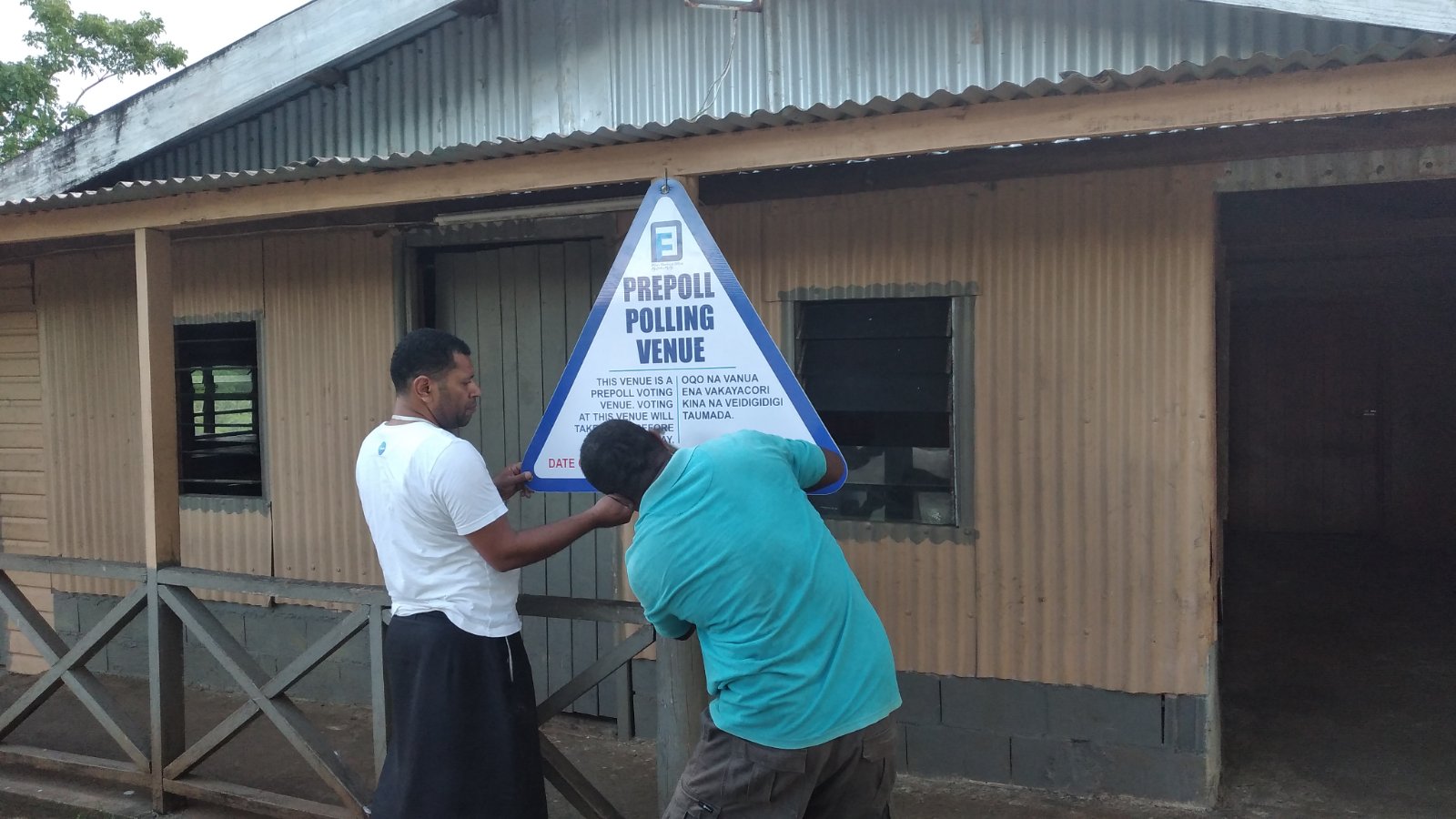 Pre-polling venues had been set up prior to commencement of today’s pre-poll voting process. Picture: FEO

As many as 18,316 Fijians are expected to cast their votes today at 149 pre-poll venues around the country for the 2022 General Election.

Supervisor of Elections Mohammed Saneem said there were 77,907 registered voters for pre-polling in 613 venues.

“The Electoral Act, under Section 82, allows for votes to be cast early in remote locations or in places where there are not enough voters for the establishment of a polling station.

“Schedules for pre-poll have also been shared with the respective turaga-ni-koro, district advisory councillors and the roko-ni-tui so that voters in their areas could be informed.

“For the 2022 General Election, the FEO has also put Pre-Poll road signs in each of the locations where Pre-Poll will be taking place,” Mr Saneem said.

Registered voters are reminded to take their VoterCards to the polling station and to seek assistance from the presiding officer if they are unsure of anything while inside the station.

Mr Saneem said the Voter Instruction Booklet (VIB) was widely distributed in pre-poll locations and FEO teams would also be carrying copies of the VIB to distribute to voters entering the Polling Station.

Pre-poll voting commences on the 35th day and ends on the 39th day after the issue of Writ. Pre-poll ballot papers will be counted at the National Count Centre on election night.