IAS Holds Training On Research’s State of the Art Equipment 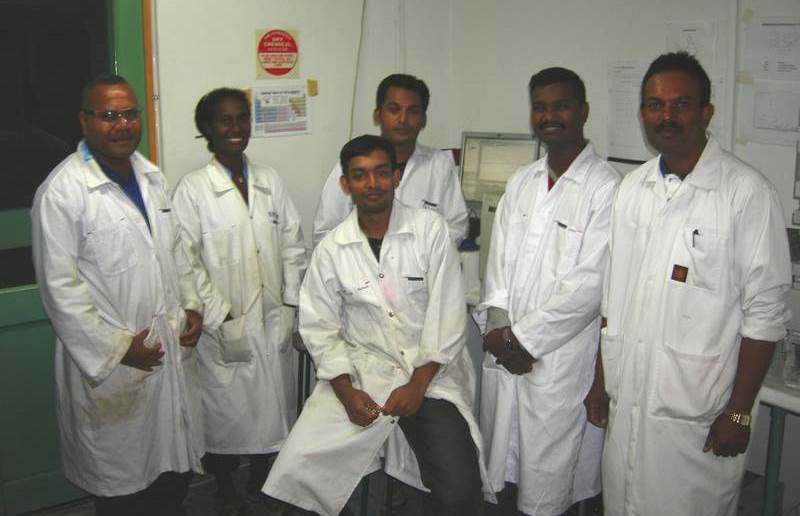 The Institute of Applied Sciences at the University of the South Pacific held a 3 day training workshop from 5 – 7 September 2011 on the instrumentation & operation concepts of the Liquid Chromatography/Mass Spectrometry (LC-MS), an important tool for research at the Institute.   The training was conducted by Mr Eric Mattson of Agilent Technologies Australia Pty Ltd and was attended by staff members of IAS and the Division of Chemistry.  The training focused on optimization of methods for qualitative and quantitative determinations, trouble-shooting and systems maintenance which will contribute to enhancing both productivity and technical expertise on the use of the LC-MS at both IAS and the Division of Chemistry.

The LC-MS is used in laboratories around the world to measure the molecular mass of a compound and with the amount of research that IAS is involved in will mean quicker results as far as identifying compounds are concerned.    The LC separates compounds and these are seen as individual peaks on a chromatogram.  These materials making the peaks are sent to the attached MS detector where each peak is identified in terms of its mass and measured accurately up to four decimal places.

According to Professor Bill Aalbersberg, the Director, IAS, the training was customized towards the objectives of the Drug Discovery Unit (DDU) of the Institute particularly in the areas of natural products chemistry. The DDU assesses the commercial potential of plant and marine organisms, especially to fight disease.  One chemical has been patented and another is in clinical trials in the United States.  The Unit also has a DNA laboratory used in plant and animal/bacterial identification.

IAS acknowledges the sponsorship of the USP Staff Development Committee in funding the training workshop.