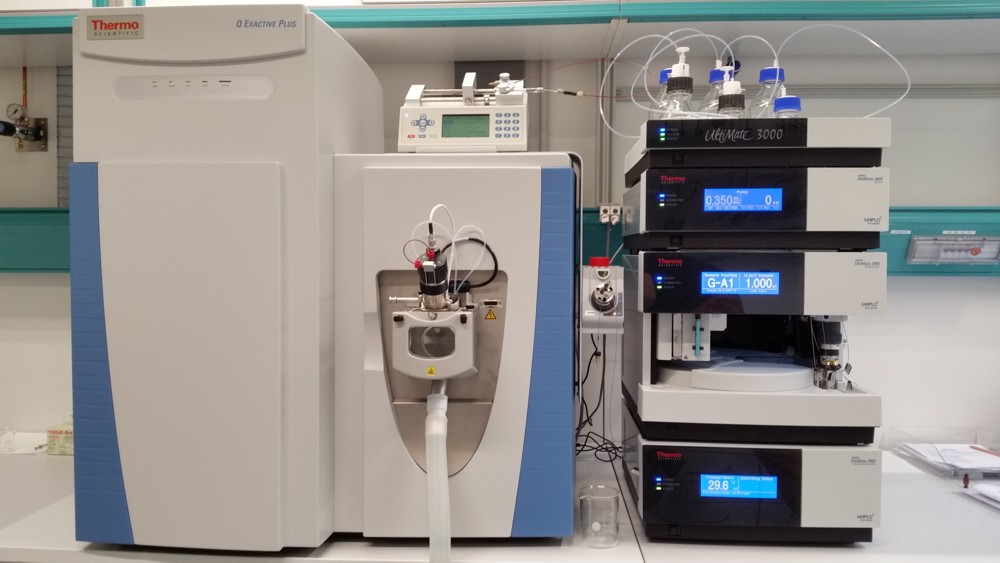 The Institute of Applied Sciences at the University of the South Pacific has invested in its first ever Liquid Chromatography/Mass Spectrometry – LC-MS equipment which is expected to further enhance research work carried out by the institute.

The LC-MS which is state-of-the-art equipment and is something that is used in labs around the work to measure molecular mass of a compound and with the amount of research that IAS is involved in will mean quicker results as far as identifying compounds are concerned.

At the commissioning of the machine Dean of the Faculty of Science and Technology Professor Derek Gardiner said it was a proud moment for the University and was also the start of an era of co-operation between IAS and the new Faculty.

Fellow at IAS Dr Jioji Tabudravu explained that the LC-MS combines a powerful separation technique with a versatile detector. Mixtures of thermally labile samples are separated with a LC and a mass spectrum of each component is obtained.

“In the past we have had to send work that this machine does overseas and it used to take a very long time for results to come back,” said Dr Tabudravu.

“This is very very quick. If we have 10 compounds coming out in a research, we can easily identify which one is which.’’

Explaining the work of the equipment further, Dr Tabudravu said the LC separates compounds into peaks. These peaks are then sent to the MS. Each peak is identified in terms of its mass and it is then measured.

“And the weight is so accurate. There are many different mass analysers depending on the application needed. The one we have does what is called accurate mass. How chemistry works is that some compounds may have similar mass or low resolution mass depending on the element composition. But they will only have one exact mass if you measure up to four or five decimal places. This machine can do that.’’

Dr Tabudravu who has recently been involved in some kava research work at Aberdeen University in Luxemburg said as with the new equipment, it would  definitely speed things up as far as getting information for research with regards to mass etc.

Using example from kava research, Dr Tabudravu said that one of the big problems in this kind of research was that a lot of work has been done on a lot of plants found in the Pacific which are also found in Asia.