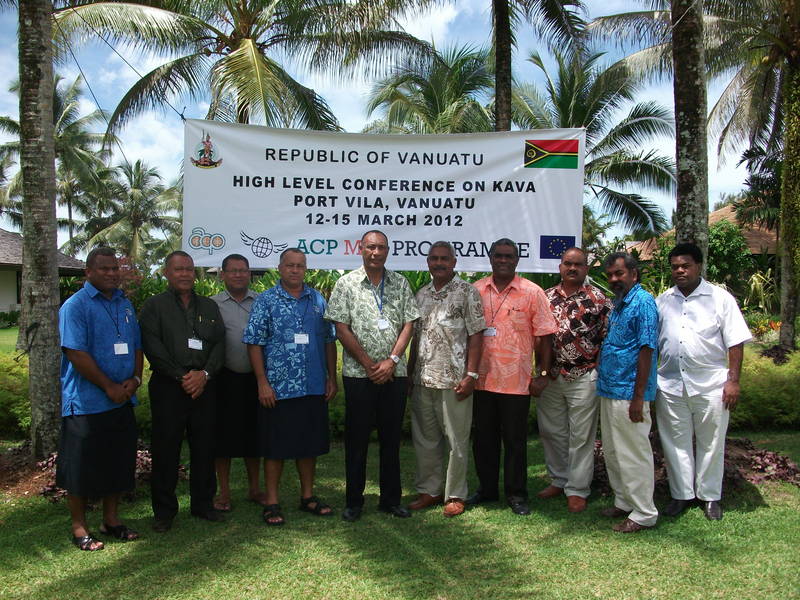 The purpose of the meeting was to formulate an action plan to further try and convince the European Union, in particular Germany, to lift its ban on Kava products being sold in its markets. The ban stemmed from allegations that kava products were toxic to the liver and was alleged to have been responsible for a handful of deaths in Germany. A later WHO report disputed these findings.

It was agreed that to further the Pacific Islands’ case, a Codex Standard for kava and kava products be formulated and a harmonized Pacific standard shall be proposed to become the international standard.
Some of the requirements of the standard are: that all kava varieties in-countries be identified and kava lactones profile and content determined. Kava lactones profiling will ensure that the desirable 2, 4… and 4, 2… varieties are propagated and exported (2 and 4 refer to two of the six kava lactones thought to have the most positive relaxation qualities). Further, the determination of the ratio of kavain and methysticin may add to safety by further excluding unwanted varieties. The determination of flavokavains B will act as markers for the presence of the undesirable two-day kava as well as other botanical species such as Piper aduncum which also contain kava lactones. The possibility of determining aflatoxins was also mentioned. Physical parameters to be determined will include moisture, ash and presence of foreign matter.

From ensuing discussions, it was noted that the IAS laboratory was in a position to become the regional laboratory in the assay of kava and kava products to ensure conformity to the standard.
During the course of the meeting, informal discussions were held with stakeholders as well as distributing IAS brochures.
IAS will now work closely with the Fijian Government to ensuring that its activities required under Codex are met.