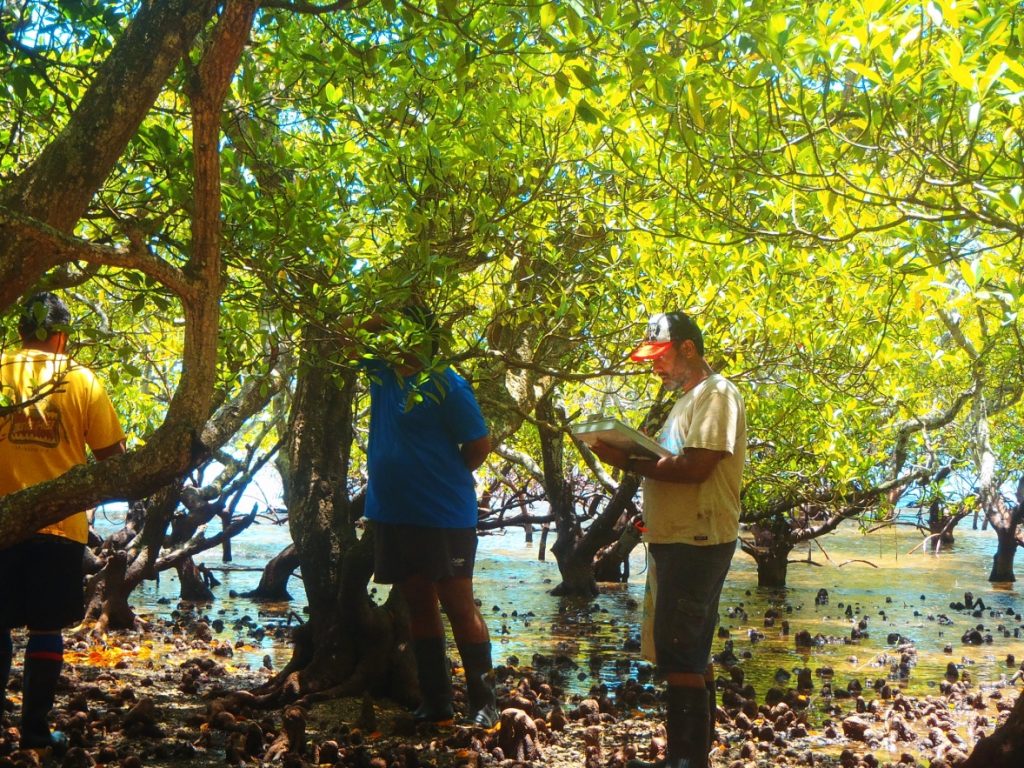 The province of Ra located on the north-eastern coast of Viti Levu Island is one of the four important provinces that make up the Vatu-i-Ra seascape. With the help of the Fiji government, Non-Governmental Oganization’s (NGO’s) and the Institute of Applied Sciences (IAS), efforts are currently underway to develop a provincial-level Integrated Coastal Management (ICM) resource plan, funded by the Coral Triangle Pacific project for Ra province. Lessons learnt from past experiences of implementing ICM in Fiji will be used to ensure a better coordinated approach towards effective sustainable coastal and marine resources management in Ra. The Institute of Applied Science has been tasked to carry out the Ra-ICM baseline survey. One of the main components of the work was to carry out mangrove assessments in Navitilevu Bay.

Over a five day period (27th-31st October) a five member team consisting of staff from the IAS Herbarium and Environment Unit surveyed mangroves across five villages (Togovere, Malake, Nayavuira, Navitilevu and Naocabau village). Surveying mangroves is a unique and arduous challenge when compared to other fauna and flora surveys. Laying straight 50m transects through thickets of Rhizophora spp. covered with mangrove oysters is not an easy feat.

A representative of the Fisheries Department based in Namarai village joined us as part of a learning and capacity building exercise for him. The stands of mangroves found along the Navitilevu Bay are relatively small when compared to the Rewa Delta. According to our team leader Mr. Alifereti Naikatini “these systems are what we call lagoonal mangroves”. These interesting systems of mangroves play important roles as a coastal resource for communities along Navitilevu Bay. Mangroves are known to play three important ecological roles:

The mangrove systems found around Togovere village are mostly stunted. The absence of rivers or streams will result in high salinity which is known to affect the growth of mangroves.