On a Cancer Quest 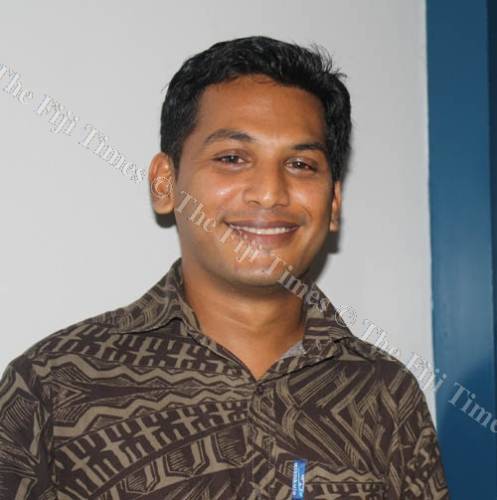 Rohitesh Kumar won the Greg Urwin Award based on his research to find a cure for cancer. Picture: SUPPLIED

Greg Urwin Awards winner Rohitesh Kumar, 30, a scientific officer at the Institute of Applied Sciences at The University of the South Pacific is on a quest to find a cure for cancer.

Cancer is a disease that ravages the body and over the years has caused millions around the world many a heartache. So far, the available treatment regimes can only do so much.

Through the Greg Urwin award, Kumar is now attached with the Eskitis Institute for Cell and Molecular Therapies at Griffith University in Australia where he hopes he can make a groundbreaking discovery that will help Fiji and the world.

“There is great potential for this research. Scientifically, a new compound which can cure any of the deadly diseases would be a great gift to the people and economically there is an agreement signed between USP, overseas universities and the government of Fiji on the intellectual property rights of the research, on the grounds that if anything good comes out of the research, people of Fiji also benefit from it,” Kumar says.

This research was not only borne out of his passion for science, chemistry in particular but also because of past heart wrenching and emotional experiences.

“Cancer is one of the deadliest diseases, and there are a number of people who I know through friends, colleagues and families who have been affected by cancer. I would like to help people affected by this disease in any way possible,” Kumar says.

The man from Vuda Point first started this journey a few years back when he enrolled at USP after completing his high school studies at Natabua High School.

After successfully completing his bachelor’s degree Kumar then moved on and completed his master’s degree in chemistry through research in 2010 and his thesis was nominated for the Vice-Chancellor’s Prize for Student Research.

“Being a natural products chemist is a dream job. Since high school I always wanted to do something in the field of science, however I was not entirely sure of what I want to do till I completed my degree from USP.

“It was during my undergrad education that I was exposed to the idea of natural products chemistry through my chemistry and microbiology lecturers which motivated me to take up a postgraduate diploma in chemistry and as part of the qualification requirement I was to do a research project and this led me to the director of IAS, Professor William Aalbersberg who took me under his wings and showed me the real research of natural products chemistry,” Kumar says.

He adds his love for his work is not only because of working in the laboratory and staring at millions of samples of organisms under the microscope but rather because a substantial part of this work also involves collecting samples.

“Traveling is one of my hobbies, and just because of this job I was able to travel to many beautiful islands of Fiji such as the Yasawas, the Lomaiviti and the most beautiful of all the southern Lau Group and also Vanuatu in 2008. This also gave me the opportunity to meet well known researchers from Australia, US and Scotland,” Kumar says.

Before he won the Greg Urwin Awards, Kumar was already working on isolating and identifying compounds from marine organisms likes sponges and soft corals that have chemical properties such as anti-cancer or antibiotic activities.

At the Eskitis Institute Kumar says he will be working from a much better equipped laboratory and also he hopes to serve as an inspiration to other science students in the Pacific considering the rich natural resources we have that can be turned into medicines.

“I would like to thank PLP (Pacific Leadership Program) for providing me with this opportunity to further develop my career. I would also like to show my appreciation to my supervisor here in Australia at the ESKITIS Institute, Dr Rohan Davis, who has also been really supportive and is a great supervisor and mentor,” Kumar says.