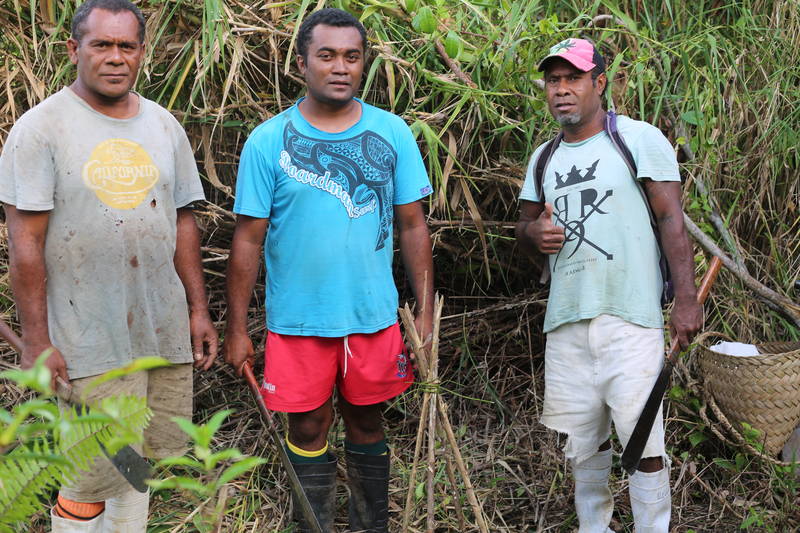 The Institute of Applied Sciences (IAS) of the University of the South Pacific with its Fiji Government partner, the Ministry of Forests has from October 2017 begun constructing nurseries in 9 districts (tikina) of Kadavu. The nurseries are being implemented as part of the Restoration of Ecosystem Services and Adaptation to Climate Change (RESCCUE) project coordinated by IAS.

Included in the activities are Nursery Training Programmes that were well attended by men and women of Yawe, Nabukelevu and Ravitaki districts. Mr. Saula Bakeirewa from the Forestry Department led the training on how to pot plants, how seeds are potted on trays and on the type of soils suitable for seedling potting.

The training programme not only focused on nurseries, but also included awareness on the Ridge to Reef concept, which highlights the relationship between the different ecosystems found from ridges to the reefs and the many services they provide. The activities being implemented is to ensure the sustainable management of biodiversity and ecosystem services in the Kadavu Province.

Dr Isoa Korovulavula, the Fiji RESCCUE Coordinator and IAS Environment Unit Manager stated that “This on-ground community based activities such as building of nurseries is the first step towards the replanting of appropriate native species in degraded or marginal land areas near waterways. This is critical not only for the stabilisation of riparian ecosystem but also contributes to the reduction of sedimentation process affecting coral reefs. The RESCCUE project is playing an important role in enhancing the resilience of terrestrial and marine ecosystems and at the same time improving the livelihood of the people of Kadavu”.