Home / News / Category / The Institute of Applied Sciences at USP, Participates in Marine Biosecurity Workshop for French Polynesia and the South Pacific Region

The Institute of Applied Sciences at USP, Participates in Marine Biosecurity Workshop for French Polynesia and the South Pacific Region

The Institute of Applied Sciences (IAS) Senior Scientific Officer, Joape Ginigini attended a 2-day workshop on “Marine Biosecurity Research and Management for French Polynesia and the South Pacific Region” in Tahiti during September.   Funded by the Blue Cradle Initiative in New Zealand and by IAS’s Pacific Islands Marine Bioinvasions Alert Network (PacMAN) Project, the workshop was opened by His Excellency, the President of French Polynesia, Mr Edouard Fritch.

The workshop was a scoping exercise for exploring opportunities and priorities for future collaborative scientific and technical co-operation for marine biosecurity support initiatives among New Zealand, French Polynesia and the wider South Pacific region.

Mr Ginigini, who is also the USP, PacMAN Project Manager, stated that all aspects of marine biosecurity programs were discussed, with a particular focus on biotechnology tools for early pest and invasive alien species detection and prevention of biodiversity loss.  “The workshop hopes to promote strengthened regional capability development in aquatic biosecurity and serve as a platform for collaboration and information sharing, which are also a long term goals of the current PacMAN pilot project,” he added.

The workshop has also enabled the Fiji based PacMAN team members to capture new learnings on marine invasive species tools as well, identified potential new partners for a possible expansion of the existing pilot project into the USP region.   A priority list of biosecurity research needs for the region was also co-developed during the workshop with potential funding avenues for a future collaborative projects identified.

IAS Deputy Director, Dr Gilianne Brodie, who is the local PacMAN project marine science advisor, said, “IAS is grateful to its current local and international partners for their unwavering support over the last 2 years, and their willingness to co-development plans together. IAS is now highly motivated and equipped to contribute new information to collaborations like this scoping workshop as it builds on the experience and knowledge acquired during the implementation of the existing PacMAN project, now in its 2nd year. The workshop also opened the door for upscaling and expanding lessons learnt from PacMAN into the USP region,” she added. Further information on the IAS UNESCO PacMAN project in Fiji and its partners can be found at https://pacman.obis.org/ 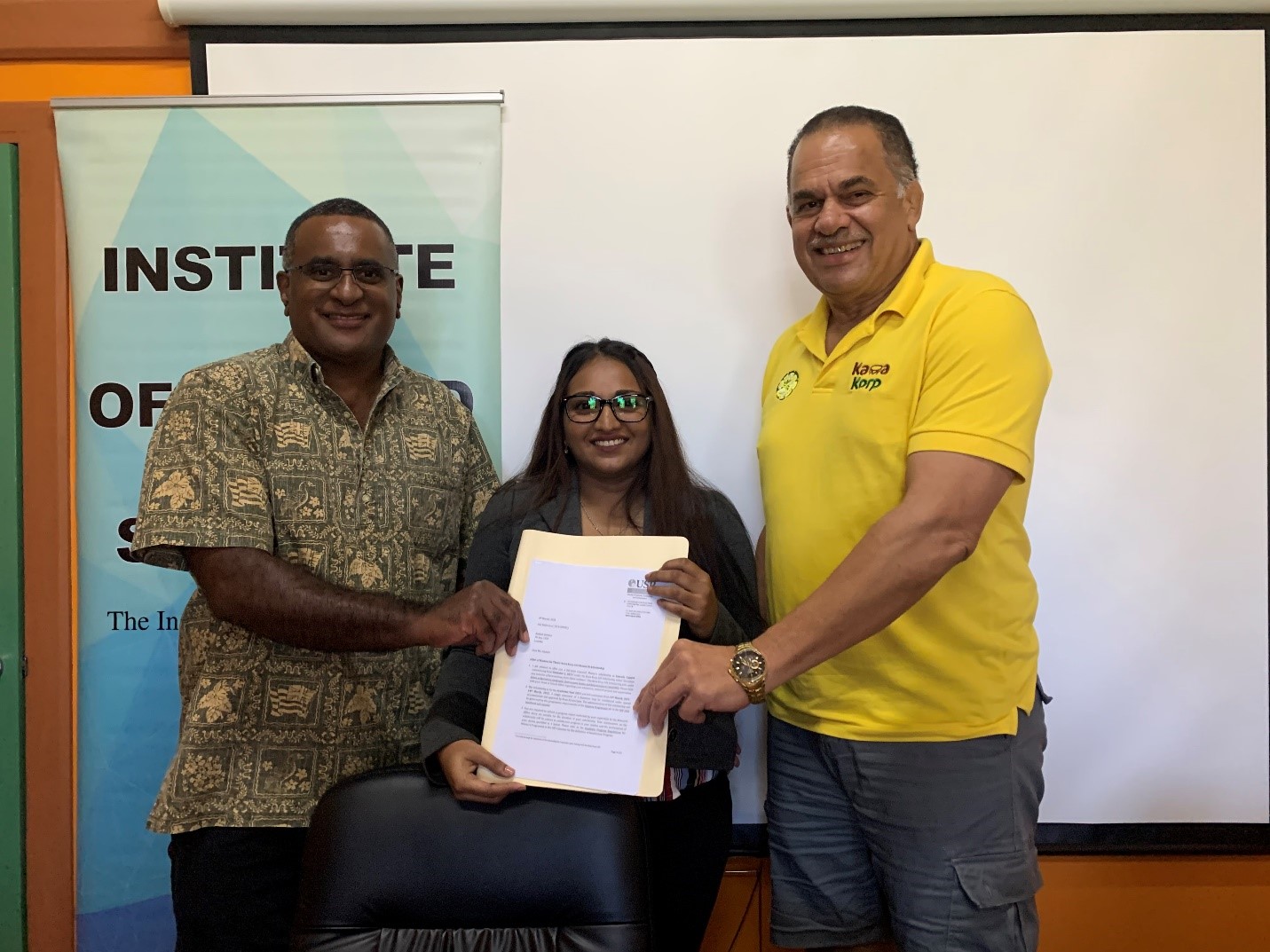